Review: Poppy’s ‘I Disagree’ Is Worth Your Attention 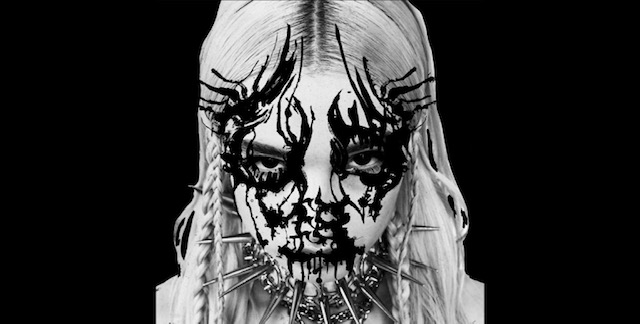 Poppy‘s third studio album is the project that 2020 deserves. With its stark blend of genres, in-your-face production, K-Pop influences and a controversial YouTube personality at its center, I Disagree refuses to be boxed in by genre conventions thanks to its hodgepodge collection of inspirations. And while Poppy‘s stylistic choices prove to be a tad ambitious at points, they ultimately pay off more than they don’t.

Poppy’s creative ride has been one of the most captivating in recent memory. Gaining fame as a YouTube performance artist through her signature, idiosyncratic world-building, the internet personality would go on to release two albums (Poppy. Computer and Am I Girl?) that built major buzz among popheads online. These projects lived in the same satirical world that her earlier Youtube work did, however the rollout for her most recent album, I Disagree, has veered away from Poppy’s highly guarded persona featured so prominently in her early career. In the lead up to the release of her 2020 project, Poppy embraced a much heavier, grungier sound amid her public public split from long-time creative partner, Titanic Sinclair, under allegations of manipulative, narcissistic tendencies. All these changes left the people who have been following Poppy’s journey for half a decade unsure of what to expect next.

Thankfully, there is a lot to agree with on I Disagree. In interviews discussing the new album, Poppy continuously refers to her new sound as “post-genre,” and the album lives up to that title. She effortlessly blazes through a wide inspiration of sounds from nu-metal, synth-pop, acoustic rock, and J-pop to make a surprisingly cohesive whole. With its blend of hard rock, pop and overly stylized vocal production, you can’t help but draw comparisons to other artists (Grimes, Sleigh Bells, Loona) throughout the project’s 35 minute runtime. At the end of the day, though, I Disagree is first and foremost a Poppy joint.

On I Disagree, Poppy embraces dark and heavy production to tell a poignant story of personal growth, change and redemption. The hard-hitting lyricism of “Concrete” and “I Disagree” work even better within the context provided by softer, sweeter moments like “Nothing I Need,” and “Sick of the Sun.” However, this constant dichotomy between the heavy and the soft feels disjointed at times, like on “Fill The Crown” when one of the album’s strongest melodies is weighed down with out-of-place Marilyn Manson esque verses. At other points, like on “Bite Your Teeth,” Poppy leans so heavily into the metal production to the point where she risks alienating her day-one pop fans. The album closes out on a high note with the melancholy cut, “Don’t Go Outside” a highlight among the 10 tracks that calls back to the album’s powerful theme of personal reinvention.

At the end of I Disagree, as with any Poppy project, there isn’t a clear path forward indicated for the post-genre artist. It’s anyone’s guess as to whether Poppy will continue to explore nu-metal inspirations, embrace her bubblegum past or dive into uncharted territories. This is what makes Poppy so special as an artist, though, and why I Disagree is absolutely worth your attention. If there’s one thing we’re willing to bet on, it’s that Poppy will continue evolving, creating distinctive musical worlds and taking bold risks in an otherwise relatively safe, inoffensive playlist driven era of music.

Stream I Disagree on Spotify.