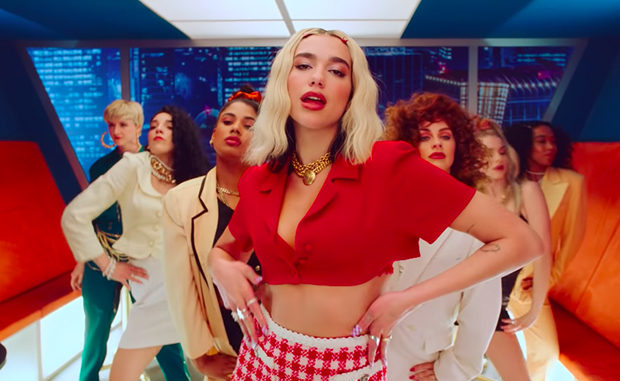 In a new interview over Instagram Live with Capital Official, Dua Lipa confirmed plans to release a deluxe version of her critically-acclaimed new album, ‘Future Nostalgia.’ Fans have been suspecting a deluxe version for some time now thanks to a collection of leaked tracks over the past few months, including the Normani collaboration “If It Ain’t Me.”

“Yes, there will be one,” Lipa says of the deluxe edition. “I’m trying to figure it out. I’m excited. I’ve got some songs I’ve been holding back that I’m really excited for everyone to hear.”

Lipa‘s new era has been plagued by a series of leaks over the past few months. In addition to the entire album being uploaded onto the internet two weeks early, fans have also been spreading snippets of tracks that failed to make the standard album version. Some potential deluxe tracks include the tentatively titled “Cherry,” “Berlin Summer,” “Ball & Chain,” “Bad Idea,” “Love is Religion,” “Jealousy,” and “Sad Disco (If It Ain’t Me)” feat. Normani. Lipa discussed the possibility of releasing her Normani collaboration with KISS in a recent interview:

Lipa revealed to Capital FM that she thought about calling her sophomore album “Glass House” instead of “Future Nostalgia,” but was swayed against it as Jessie Ware already has a project of the same name. The superstar also confirmed the existence of her rumored collaboration with Miley Cyrus:

.@DuaLipa confirms the existence of her collaboration with @MileyCyrus. pic.twitter.com/OuG2j9EfP4

Early projections by Hits Daily Double have ‘Future Nostalgia” debuting at #5 on the Billboard 200 with 55-60k equivalent album units. With the COVID-19 pandemic upending the music industry, it remains unclear how Lipa will roll out the ‘Future Nostalgia’ deluxe version. If her album release date shift told us anything, though, it’s that Lipa is ready to give us new music sooner than later.

What track(s) are you hoping to see featured on the deluxe version of ‘Future Nostalgia’? Share your thoughts with us on Twitter at @PopCrave!

The Weeknd Is First Artist To Top These 5 Charts Simultaneously