Review: The long-awaited ‘Charli’ lives up to the pop fan hype. 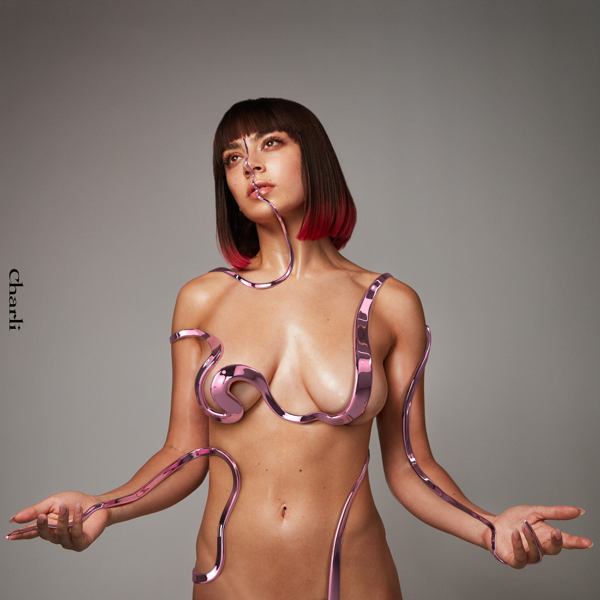 Charli XCX is having a moment. Or rather, a renaissance when considering the long series of moments and “breaks” the singer has incurred in nearly a decade in the music industry. 2018 saw the singer recieve her biggest platform yet as the opening act on Taylor Swift‘s massive ‘Reputation’ stadium tour. XCX has been brushing against stardom since 2013 with the critical favorite, ‘True Romance,’ followed by fleeting mainstream success with a string of top ten hits belonging to 2014’s punk-leaning ‘Sucker.’

The singer has refined her sound since her last LP through a collection of EP’s and mixtapes, clever names for albums that allowed the singer to create without the added pressure from her label’s formula for commercial success.  On ‘Charli,’ the futuristic, avant-pop sound of ‘Pop 2′ and the dreamy, hook-filled ‘Number 1 Angel’ mixtapes are married to create XCX’s most fully realized work.

Much of the buzz generated by the release thus far has fixated on the prolific amount of alt-star features. These aren’t the filler credits that one might assume when first glancing at the track list, though. Despite the wildly different styles and genres represented by Charli’s friends here, the collaborations manage to form a cohesive project that delivers generous amounts of chemistry and convincing performances. The copy-and-paste style collaboration that is so common in current Top 40 is not easily found on this release. Perhaps Lizzo’s verse tacked on to the “Track 10” sampled, “Blame it On Your Love” feels a bit in that realm, but Lizzo x Charli is a compelling enough duo to warrant a look past it. Otherwise, each track feels like something that could only be made with the guest at hand, seeing Charli meet them somewhere in the middle to achieve a mutual yet cohesive sound. The soft and smooth “Warm” featuring HAIM is in a different world than the industrial 80’s sound of “Cross You Out” with Sky Ferreira, yet both are inspired enough to warrant a spot on the tracklist. Charli also makes the most of her time alone. Perhaps more so than any other time in her career, she uses the time by herself for more introspective reflection. “Thoughts” captures the anxiety-pop trend in a way that feels more authentic than most attempts, especially for those who follow Charli’s humorous and occasionally introspective commentary on Twitter.

It’s in some of these solo moments that come after years of frequent collaboration where Charli shines the brightest. The soaring chorus on the fan-favorite “White Mercedes” is an album highlight that feels just as big as the hits she writes for other artists like Camila Cabello and Selena Gomez. Despite ‘Charli’s’ well-earned hype as a glimpse into pop of the future, XCX still manages to make songs like “Official” feel warm and classic, once again living up to her reputation for reconstructing pop on her own terms.

‘Charli’ has been met with its fair share of numbingly toxic stan Twitter comments since debuting with a softer debut sales week than expected. However, XCX’s creative ride has never been about big sales and chart peaks. If anything, ‘Charli’ further proves that the prolific pop personality is willing to play the long game. There’s no doubt that pop fans will be looking back at this project in 2099 as yet another shining chapter in Charli’s impressive discography and career.