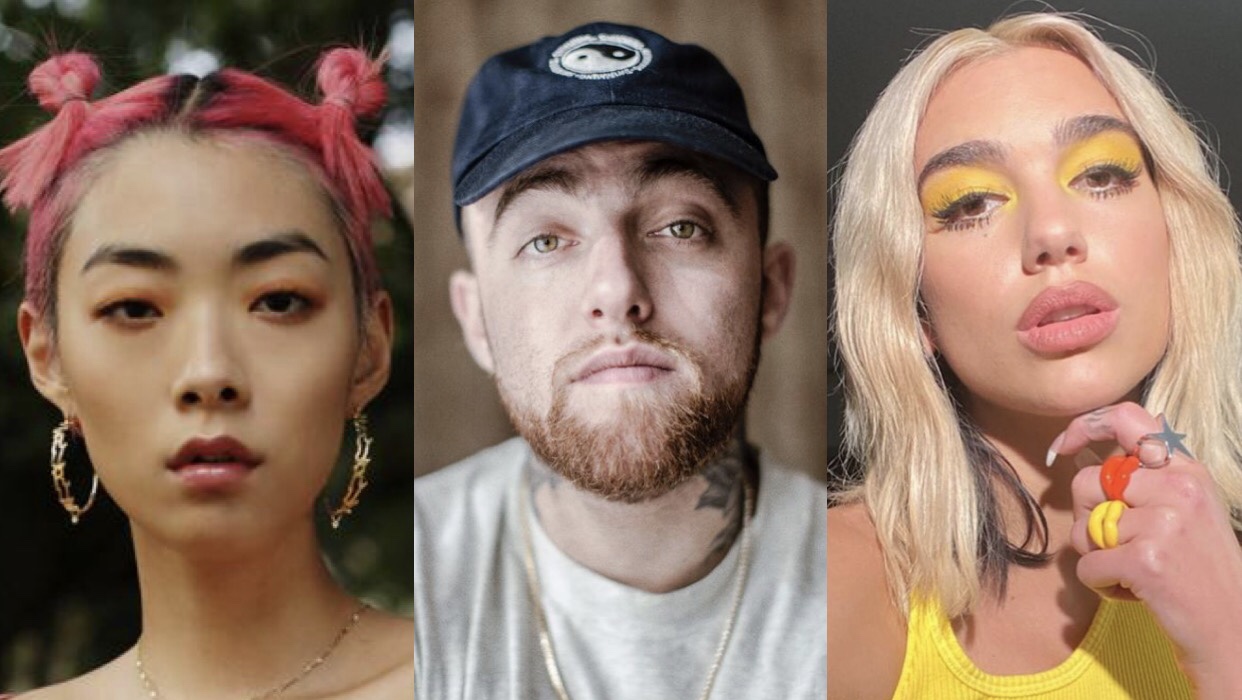 You can’t help but wonder what music in 2020 would’ve looked like in a world free of COVID-19. After knocking the music industry to its knees in mid-March, many artists like The Weeknd and Dua Lipa scrambled to release albums without traditional promo, while others (Gaga, The 1975, Fiona Apple) were forced to hold off indefinitely. Some artists, it seemed, had scrapped entire projects. And even as new music continued to arrive on a weekly basis amid the pandemic, it was hard to shake the feeling that fans were missing out on high-budget music videos, red carpet performances, TV promo and all the fixings expected of an “era.”

One thing the pandemic couldn’t kill, however, is the proper full-length album. In an industry that was already pushing talent to prioritize standalone singles and collaborations, many artists opted to release full solo body of works that risked being overshadowed in a chaotic news cycle. The result feels like a backlog of 2019 music that, despite not being recorded amid the pandemic, has now spawned the unofficial COVID-19 anthems for this generation. As major hype from both fans and critics built ahead of her sophomore album, Phoebe Bridgers more than exceeded expectations on the excellent ‘Punisher.’ The Elliott Smith-inspired project feels like a haunting indie dream throughout, with highlights including the album’s title track and an appearance from her frequent collaborator in Bright Eyes’ Conor Oberst on “Halloween.” The duality of the lyricism throughout this project is best showcased between the slow-paced tearjerker of “Moon Song” and Bridgers’ apocalyptic closing track, “I Know The End,” that feels increasingly relevant. ‘Punisher’ is an excellent follow up to Bridgers’ debut LP that sets her apart from the pack while further introducing a bright, fresh voice on in the alternative scene. – Lexi Lane Halsey’s third studio album, ‘Manic’, is the stellar audio manifestation of a quarter-life crisis. At the fitting age of 25, Halsey drops the curtain on the apocalyptic, Shakespearean metaphors that defined her first two albums and turns in one of the most honest mainstream pop albums in recent memory. There’s a lot going on in terms of genre here, as listeners get a taste of everything from electro-pop to country, 90’s alt-rock, 00’s inspired pop-rock, and more ballads than at any other point in her career. Perhaps the greatest feat of ‘Manic,’ however, is the sheer amount of growth Halsey has demonstrated as a songwriter. Unlike her sophomore album, ‘Manic’ builds a signature sound and aesthetic for the singer that we hope carries over into her next project.- Shawn Westcott

The 1975 give listeners a taste of everything from heavy metal and activism to cinematic instrumentals on their fourth studio album, ‘Notes on a Conditional Form.’ Perhaps their most varied project, ‘Notes’ shows the group pushing their range and experimenting with genre across 22 tracks. One of the biggest choices is the self-titled intro track, a 5-minute call-to-action from climate change Greta Thunberg that leads into the politically-charged second track, “People.” Track #3, “The End (Music For Cars)” is another standout cut that relies solely on instrumentals, while “Me & You Together Song” builds upon the group’s brand of smooth, alt-rock to glorious effect. Twenty-two tracks is maybe too much content for even the best of artists, but ‘Notes’ is the rare project that earns its stay. – Audrey Johnston Fiona Apple‘s first proper album in eight years marked a major music event for fans of the charismatic singer, and it certainly didn’t disappoint. With ‘Fetch The Bolt Cutters,’ Apple harnesses the rage, emotion and pain of past efforts to create what many are calling her all-time greatest LP. Make no mistake – this album is first and foremost for longtime listeners of Apple. Only someone like Apple can turn an exasperated dolphin wail into pure sonic euphoria on “I Want You To Love Me,” or hold the attention of listeners on a 5+ minute track without much of a chorus on “Ladies.” There’s a lot here for new fans as well, though, like the melancholic title track and the vengeful fourth cut, “Under The Table.” Let’s hope we don’t have to wait another decade to witness more musical brilliance from Apple. – Drew Howard Chromatica itself, Gaga illustrates, is a planet she created where people of all races, sexualities, religions, and genders can run away to and dance their hearts out freely. The album, which in a sense is the planet’s oxygen, is filled with dance anthems, beautiful interludes, and incredible collaborative performances. Her track with Ariana Grande, “Rain On Me,” could be a big contender on Grammy night thanks to its incredible vocals, positive message and head-banging beat drops. “Chromatica I,” “Chromatica II,” and “Chromatica III” act as soundscapes for the planet with purposeful placements that actually strengthen the songs they lead into. Some of the most satisfying dance cuts include opening track “Alice,” “Sine from Above” with Elton John, “Free Women” and “Sour Candy” with BLACKPINK, four songs that perfectly encompass the never-ending nightclub experience that is ‘Chromatica.’ Gaga proves with her sixth studio effort that superstardom, industry versatility and a blockbuster movie performance can’t change her from the artist she started off as, and clearly still wants to be. – Drew Ingall Mac Miller‘s posthumous album, ‘Circles,’ could’ve been an easy cash grab by the late-rapper’s label following his passing in September, 2018. Having just put out his critically-acclaimed LP, ‘Swimming,’ Miller‘s latest project is said to have already been a work-in-progress before his death that was later completed by collaborator Jon Brion. The commitment to Miller‘s artistic vision is key here, as ‘Circles’ works as a bittersweet farewell to the rapper that’s as sonically diverse, challenging and outside the box as his discography. If this is the last album we hear from Miller, the effort from his team and family will certainly not be in vain. – Drew Howard The Weeknd‘s fourth studio album is a fantasy-driven, psychedelic surround sound project that’s easily his most cohesive mainstream effort yet. Blending his trademark, dark R&B with the sounds of 80s nostalgia, ‘After Hours’ is as much a passion project as it is a commercial album. “Blinding Lights,” the project’s second single, is maybe THE  biggest song of 2020 so far with 30 weeks in the Hot 100 Top 10, while “Heartless” and “In Your Eyes” deliver radio-ready pop in line with previous albums. However, it’s album cuts like the melancholy “Scared To Live,” icy “Snowchild” and haunting title track that set the stage for Grammy gold. Expect The Weeknd to pop up in major Grammy categories like Record, Song and Album of the Year. – Drew Ingall

A recent but compelling addition to the 2020 release slate comes in the form of HAIM‘s third album, ‘Women in Music Pt. III,’ which is possibly their strongest release to date. With production from Danielle Haim, Rostam Batmanglij and Ariel Rechtshaid, the LP explores the sound of 1970s soft-rock mixed with contemporary pop and masterfully-controlled production. The group’s head lyricist, Danielle Haim, used the album to work through an episode of depression set on by her partner and co-producer, Rechtshaid, who was diagnosed with cancer in 2015. Album standouts include “3 AM,” a woozy, hip-hop influenced track with an infectious hook, as well as the mid-tempo dance track “I Know Alone” and electric “All That Ever Mattered.” While the subject matter of the album might not necessarily be described as positive, ‘Women in Music’ will have you feeling like a sun-soaked Los Angeles native thanks to its breezy summer vibes and throwback sound.  – Shawn Westcott Navigating your second album can be risky business for musicians, and Dua Lipa is no exception. In addition to finding a fresh but familiar sound for her sophomore album, Lipa‘s new era faced high expectations following her “Best New Artist” Grammy win and an underlying sense of doubt among US listeners of her lasting commercial viability. Such hurdles have only been heightened with Lipa‘s meme-able performances that drew criticism of her dance abilities, as well as ongoing jokes poking fun at her foreign-sounding name (Dula Peep, anyone?).

Nevertheless, Lipa has risen above with the excellent ‘Future Nostalgia’ that sees her shedding the easy-listening-jukebox pop of her debut in place of a cohesive and structured aesthetic. Sampling older songs with a modern twist isn’t unheard of in pop, as many artists have flocked toward the comfort of 80s conventions. However, it’s rare for an artist to reinvent the motif as refreshingly and unexpectedly as Lipa has here. While she could never have known the world situation that she would release her sophomore album in, everything about this era speaks of a musician that’s experiencing immense joy, and she’s inviting us to revel in it with her. – Sami Baker If early-aughts music lovers could blend artists like Christina Aguilera and Evanescence, turn it up to 10, and still make it incredibly original, Rina Sawayama’s debut LP ‘SAWAYAMA’ would be exactly that. Her influences on the record range from hyper-pop to nu-metal, with standouts including the sleek banger “XS” and the earnest yet surprisingly effective LGBTQ+ ballad, “Chosen Family.” Sawayama creates a versatile space to explore genre across all 13 tracks that’s unlike any other debut album this year, making it our choice for the best album of 2020. – Lexi Lane

Honorable mentions (in no particular order):

What are you favorite albums of 2020 so far? Share your thoughts with us on Twitter at @PopCrave!

Sia Announces She's A Grandmother At 44