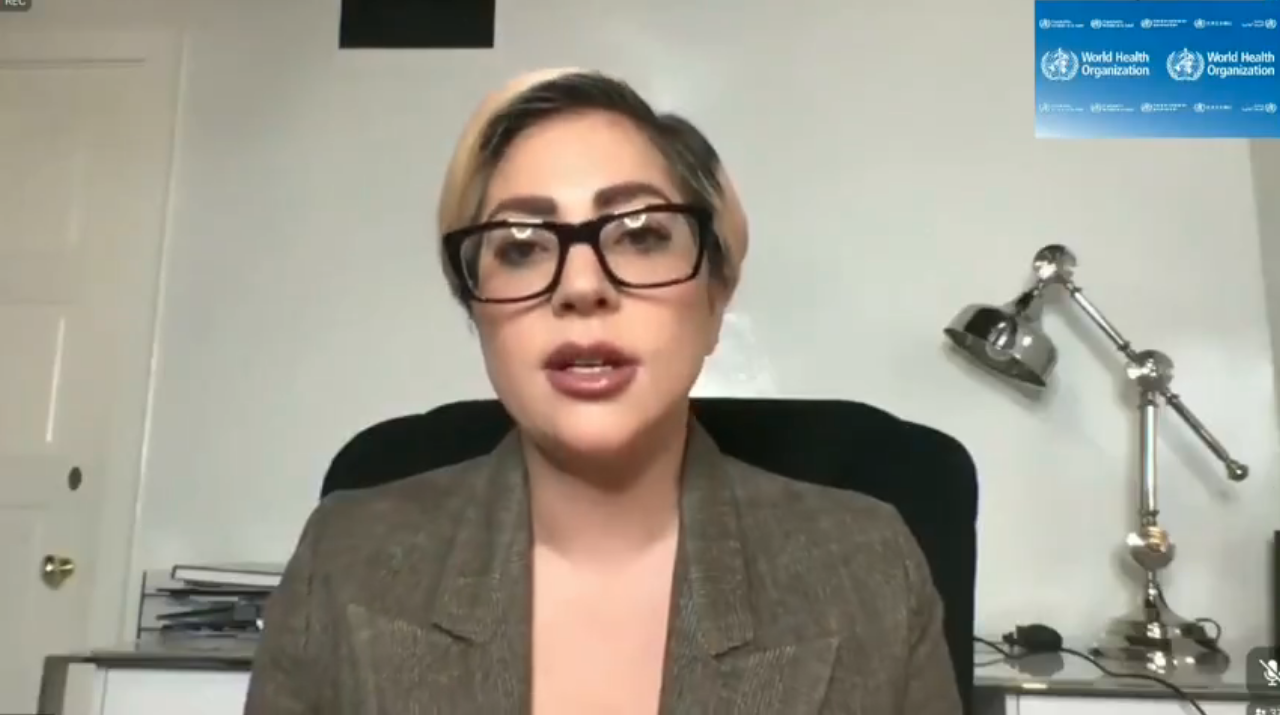 Originally scheduled for release April 10th, Gaga made the tough decision to delay her sixth studio album ‘Chromatica’ in light of the ongoing COVID-19 pandemic. In a statement released on her website, Gaga said she’d prefer to use this period to focus on “finding solutions” and “getting essential medical equipment” to healthcare professionals during the global crisis.

Like Gaga predicted in her official statement, not all Little Monsters were happy with the delay. In fact, some fans went so far as to describe Gaga as hypocritical and money hungry, claiming the singer was only thinking about profit margins and ticket sales in her decision to delay to ‘Chromatica.’ Fans argued that if Gaga really wanted to spread the love and kindness she’s built her career off of, then she would’ve released the album as originally intended despite a possible financial setback.

I’m sorry but this just seems like she just wants sales. Sales and more sales and a number one. If it’s about the music and how the music makes you feel, now is an amazing time to release the album. We need something to dance to and feel good about. #buyFutureNostalgia #dualipa

This is so awful. It’s a shame that you and your team are more worried about loosing money because of this Pandemic than offer your art as a product of relief. Release your music and let your fans enjoy what they’re waiting for. This is a completely selfish and intolerable move.

Gaga also faced criticism for her bizarre appearance on Jimmy Fallon‘s “The Tonight Show: At Home Edition,” in which she announced she’d be making an announcement related to COVID-19 that was subsequently rescheduled. Fans who were already upset about the ‘Chromatica’ delay claimed Gaga was using the pandemic to draw attention to herself.

On @JimmyFallon’s ‘The Tonight Show: At Home Edition’ @LadyGaga revealed she has a special announcement to make on Monday, April 6th.

What do you think it can be?

It turns out that Gaga really was using this time to help fight COVID-19, and critics are now rightfully changing their tune. Skeptics first started to take Gaga‘s efforts seriously when she spent her birthday on a phone call with the Director-General of the World Health Organization to discuss solutions. On Monday, April 7th, the singer and activist announced that she helped raise $35 MILLION in one week from over 68 different corporations alongside Global Citizen for relief efforts.

.@LadyGaga has announced the ‘One World: Together at Home’ event with @Glblctzn and @WHO, set for April 18th.

It will be carried on major broadcast networks, social media, and streaming services and feature performances from @BillieEilish, @Lizzo, @Eltonofficial & many more. pic.twitter.com/9OaW3Z2cfJ

Fans are now sending their heartfelt apologies to Gaga, vowing to “never say anything negative” ever again and praising the icon for living her life like a true kindness punk.

I know most of us were annoyed with the delay of #chromatica, but Gaga is really out here being the social activist we know her to be. She literally delayed her album to shift focus from her so she could help everyone else. Kindness punk in action ✌???? https://t.co/vyoiU2ooJe

Yeah I’m never criticizing a single thing Gaga does ever again, today’s announcement has me feeling absolutely ashamed of some tweets I’ve posted over the delays of releases etc. recently. I’m so fucking sorry @ladygaga

Fun fact: no one can ever say anything negative about Gaga ever again

Popheads Reddit user potrap praised Gaga‘s efforts to raise money through corporations and not the average joe, noting that they were originally “skeptical” of the ‘Chromatica’ album delay:

Considering that she’s organizing the lineup, fans suspect Gaga will perform a song or two at “One World: Together At Home.” And while there’s still speculation that Gaga will give us a taste of her rumored collaboration with Ariana Grande, “Rain On Me” in the interim, let’s hope Stan Twitter continues to support the singer as she focuses her efforts away from ‘Chromatica’ and toward the global pandemic.

Everything You Need To Know About Charli XCX's Quarantine Album