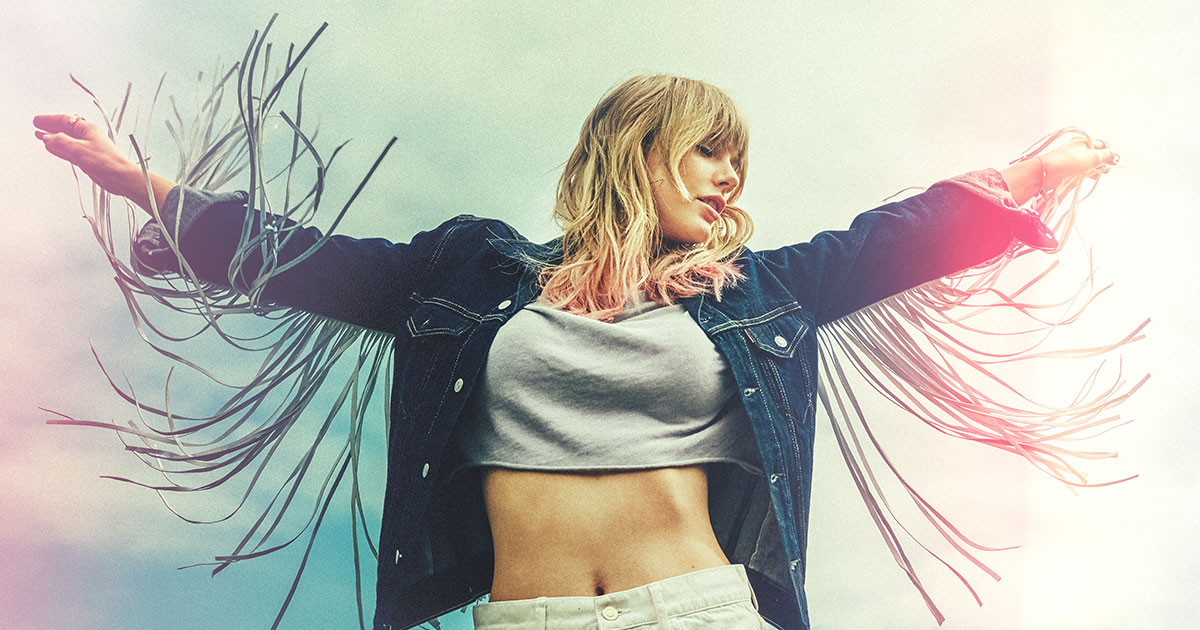 Like a snake bursting into a kaleidoscope of butterflies, Taylor Swift has already proven with her new album, ‘Lover’ that she’s ready to evolve in a streaming-dominated world where it takes more than just pure sales to produce the biggest album of the year.

Perhaps the most vocal artist this decade to push back against the rise of giants like Spotify, Apple Music and others, Swift has proven time and time again that she doesn’t need to lean into streaming tactics to win big. Swift’s fourth album, ‘RED,’ which was arguably her first major project to drop during the era of streaming, sold over one million copies its first week without the help of streaming figures being factored into the equation. She achieved the same feat with ‘1989’ on an even grander scale when it became the best-selling album of the year before finally being released on Apple Music a year later. Swift took a similar approach to the release of ‘reputation’ with impressive results, moving 1.238 million equivalent units in its debut week before expanding to streaming platforms the next month. But the same couldn’t be said about its singles, unfortunately. In a world where artists like Post Malone, Drake, Camila Cabello and others can achieve a billion streams on just one hit single, the cuts Swift chose to promote off ‘reputation’ fell relatively short of her legendary status in the industry.

Take the album’s second-biggest hit, “Delicate” for example. With over 317 million streams on Spotify, it has yet to surpass Swift’s 2014 hit, “Shake It Off” despite having a three-year head start. And while “Look What You Made Me Do” has amassed nearly 500 million streams (her most streamed solo song ever), we would be kidding ourselves if we said this was Swift operating at the top of her game. Both singles went on to peak at #1 and #12 on the Hot 100, respectively, an impressive feat if not for the success of cuts off ‘1989’ and ‘RED’ still fresh in the fandom’s memory. This brings us to ‘Lover,’ one of the most-anticipated albums of the year that is sure to be yet another blockbuster. But if the new era is anything like ‘reputation,’ then Swift can expect to be met with her fair share of criticism if ‘Lover’ doesn’t meet over 1 million equivalent album sales in its debut week like her past four projects. Being the brilliant businesswoman she is, though, Swift has already engineered her new LP to meet that benchmark in a world where streaming can make or break her debut week and the months of promotion to follow – here’s why.

Under her new label, Republic Records, Swift is expected to drop ‘Lover’ on all streaming platforms opening week unlike her past several projects. Billboard reported that the album broke Apple Music’s record for most “pre-added” album in a single day by a female artist at 178,600 on June 13th, surpassing the streaming favorite ‘thank u, next’ by Ariana Grande. For perspective, Grande’s album later went on break the all-time opening week streaming record for a pop album with 307 million on-demand streams.

One of the most glaring differences between ‘Lover’ and Swift’s past projects is its length. At 18 tracks, the album is the longest project in Swift’s discography if you don’t include the deluxe edition of ‘RED’ (19 tracks). While you could argue that Swift simply has more to say on her new album, it’s more plausible that she’s gunning to break all the streaming records.

Past practices have proven that longer albums tend to boast greater streaming numbers. With more songs available and a greater variety of sounds to choose from, Swift is essentially casting a wider net than she did with ‘reputation.’ It’s a very 2019-move that has actually been more popular among the hip hop and R&B space than Top 40 pop. Take Drake for example, far and away the biggest streaming artist of the decade who broke nearly every record when he dropped the massive 25-track ‘Scorpion.’ Other streaming-heavy artists like Migos (‘Culture II’ – 24 tracks), Post Malone (‘beerbongs and bentleys’ – 18 tracks) and Rae Sremmurd (‘SR3MM’ – 27 tracks) have all employed this same tactic.

Swift’s recent track list reveal shows she will likely lean back into the country genre with her Dixie Chicks collaboration, “Soon You’ll Get Better.” The singer has already teased her return to the form with the title track, “Lover,” which is giving listeners major ‘RED’ and ‘Speak Now’ vibes. All signs point to Swift giving a healthy dose of pop and her signature ballads/country tunes that will enable her to cast a wider net on streaming platforms.

Artists can benefit greatly on streaming services when their project shows more variety sonically – take Ed Sheeran’s ‘No. 6 Collaborations Project,’ for example. With appearances from artists in every imaginable corner of the industry like Eminem, Camila Cabello, Ella Mai, Bruno Mars and more, Sheeran went on to break 70 million monthly Spotify listeners (the most in history) while landing on a massive 800+ official playlists on the platform. Swift’s 18-track project has just enough real estate to explore other genres and win big like Sheeran if she wants to.

.@Spotify reports that ‘No. 6 Collaborations Project’ by @EdSheeran has achieved the rare feat of being featured on 800+ official playlists thanks to its wide array of featured genres.

Sheeran has also broken the record for most monthly Spotify listeners at 69.58 MILLION. pic.twitter.com/hiETbIStiw

A look at the first two singles off ‘Lover’ shows Swift has pivoted from her ‘reputation’ days. The childish yet irresistibly catchy lead single, “ME!” sees the singer going full pop while leaning into the adult-contemporary space with Brendon Urie of Panic! at the Disco!. Unlike “Look What You Made Me Do,” “ME!” shows off a straightforward pop sound that can easily fit into happy-go-lucky Spotify playlists like “Pop Rising,” “Pop 4 Kids” and “Mood Booster.” Whatever you thought about “LWYMMD,” we think everyone can agree that it couldn’t be put in a box.

On Swift’s pro-LGBT anthem, “You Need To Calm Down,” the singer embraced modern streaming tactics by releasing her shortest single to date at a brisk two minutes and 51 seconds. As evidenced by Lil Nas X’s mammoth hit single, “Old Town Road,” shorter songs are engineered to drive streams through sheer replayability. The track also fit in perfectly on Pride playlists when it dropped in the dead middle of June.

And then there’s Swift’s now trademark penchant of hiding album clues and teasers in her music videos. Following the release of the Dave Meyers-helmed video for “ME!,” Swift announced that the album title and second single off ‘Lover’ were hidden somewhere in the video and the lyrics. The tease spurred thousands of theories online among her fans and helped build more buzz for the already anticipated project. More importantly, though, the strategy encouraged people to stream the track on repeat. Swift used this same streaming tactic when she teased track 5 (“The Archer”) as well as the title of what many fans believe to be the third single in the music video for “You Need To Calm Down.” Whether or not Swift’s streaming tactics pay off in the long run, her rollout method for her seventh LP marks a pivotal moment in the singer’s career and perhaps even the industry at large. Do you think ‘Lover’ has a shot at breaking Ariana Grande’s streaming record come its release on August 23rd? Share your thoughts by tweeting us at @PopCrave!

Miley Cyrus Takes Control of Her Breakup Narrative on "Slide Away"