Miley Cyrus Takes Control of Her Breakup Narrative on “Slide Away” 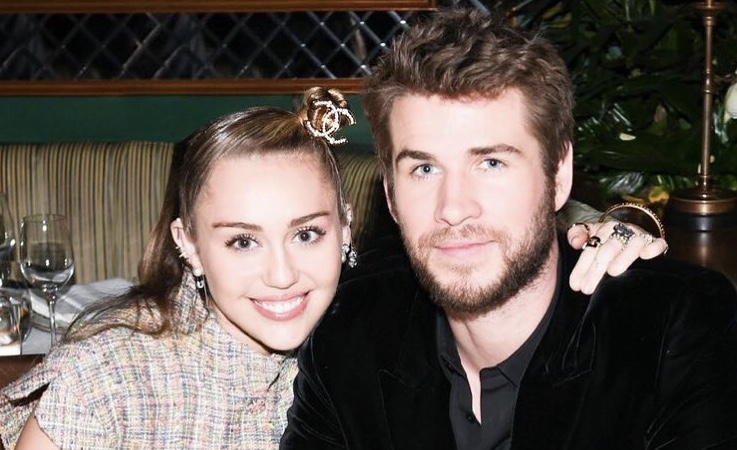 If Miley Cyrus’s emotional new ballad, “Slide Away” says anything, it’s that there’s always two sides to every story.

On Saturday, August 10th, the internet was sent into a flurry following reports that Miley Cyrus and Liam Hemsworth were officially calling it quits. America’s favorite on-and-off again couple quickly became the subject on everyone’s lips as fans began speculating on the age old question: who dumped who?

It didn’t take long for numerous “sources” to start leaking two completely different stories about the demise of Cyrus and Hemsworth’s marriage. TMZ reports that Hemsworth’s camp is blaming it on the singer’s “outrageous” behavior and “infidelity,” while Cyrus’s team attributes the split to Hemsworth’s drug and alcohol abuse. Fans started concocting their own interpretation of the story following the release of paparazzi photos capturing Cyrus and reality TV star Kaitlynn Carter kissing on a yacht.

On “Slide Away,” it appears that Cyrus is firmly standing by her camp’s allegations against Hemsworth with what are perhaps her rawest lyrics to date. Dropped as a surprise-release just six days after initial reports of her divorce, the cover art for “Slide Away” shows several bottles of liquor and pills suspended in water that were allegedly consumed by Hemsworth. Cyrus opens the track with the lyrics, “once upon a time it was paradise,” referring to the lovestruck beginnings of her relationship with Hemsworth. She goes on to say it’s “time to let go” before belting the most memorable set of lyrics on the track:

“I want my house on the hills, don’t want the whiskey and pills – I don’t give up easily, but I don’t think I’m down.”

Cyrus’s reference to ocean serves as a crystal clear callback to her 2017 lead single, “Malibu,” another track devoted to Hemsworth. “I never came to the beach or stood by the ocean – I never sat by the shore under,” she sings. “The sun with my feet in the sand – but you brought me here and I’m happy that you did.”

If the callback wasn’t clear enough, Cyrus once again references the origins her relationship with Hemsworth on the set of “The Last Song” and how the two have grown apart on the track’s powerful second bridge:

“Move on we’re not seventeen, I’m not who I used to be – You say that everything changed, you’re right we’re grown now.”

This bridge finds Cyrus putting rumors of her “outrageous” behavior to rest while placing the blame back on Hemsworth. Many in the general public who have witnessed Cyrus’s evolution on periphery still have the misconception of her being the party girl from the ‘Bangerz,’ era, and it appears the singer has had enough of that narrative.

Nearly a week after releasing the track, Cyrus further denied the cheating accusations in a lengthy Twitter thread where she discusses her public persona and growth over the past several years:

I can accept that the life I’ve chosen means I must live completely open and transparent with my fans who I love, and the public, 100% of the time. What I cannot accept is being told I’m lying to cover up a crime I haven’t committed. I have nothing to hide.

“What I cannot accept is being told I’m lying to cover up a crime I haven’t committed. I have nothing to hide,” she told her 43-plus million followers.

She continues: “I can admit to a lot of things but I refuse to admit that my marriage ended because of cheating. Liam and I have been together for a decade. I’ve said it before & it remains true, I love Liam and always will. BUT at this point I had to make a healthy decision for myself to leave a previous life behind. I am the healthiest and happiest I have been in a long time. You can say I am a twerking, pot smoking, foul mouthed hillbilly but I am not a liar.”

Hemsworth has yet to respond to Cyrus’s new song, which most recently out-peaked all of the songs released from ‘SHE IS COMING’ at #2 on iTunes.

What are your thoughts on Cyrus’s emotional new track? Share you opinions with us on Twitter at @PopCrave!