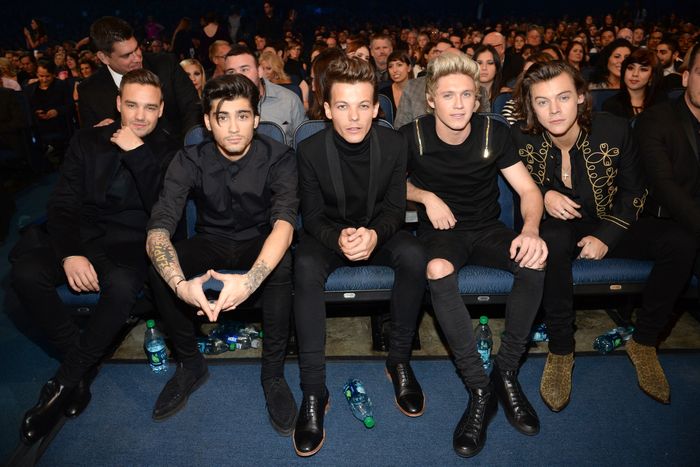 This month, 10 years ago, beloved boy band One Direction made their start. Over the span of their career as a group, they released five albums and a movie, embarked on many tours, and forever earned a spot in fans’ hearts worldwide. Their last album (so far) was released in 2015. However, many, many rumors would spread about 1D getting back together throughout their continued hiatus and solo careers.

In honor of the 10-year anniversary of the band’s formation through Simon Cowell’s hit tv show The X-Factor and the fans that made it happen, Pop Crave is counting down 10 best songs in One Direction’s discography. The list digs below the surface of their perceived “boy band” image, highlighting peak lyricism and production from the five members — Louis, Harry, Niall, Zayn, and Liam.

A 2015 track from the (four-piece) band’s final album, Made In The A.M., “Perfect” still retained the sound that fans loved — lighthearted production and soaring choruses. Compared to some of the other influences and departures on the album’s tracklist, “Perfect” earns a spot on this list for being perfect-ly true to form.

The line: “I can’t compete with your boyfriend / He’s got 27 tattoos” enough makes “I Would” both comedic and a total standout in 1D’s catalog. Some of the members have more than that combined now.

The start of many ballads on this list, “More Than This” set the tone for the group’s softer, more emotional side on their 2012 debut. Between individual verses and collaborative choruses, each of the five members still manages to vocally shine on this song in their own way.

7. “What Makes You Beautiful”

Despite being the group’s most famous song, “What Makes You Beautiful” only provided a glimpse into the wide range within One Direction’s records. The song itself, while catchy, was released at the start of their careers.

“What Makes You Beautiful” was placed on recognition and teen-bop energy, yet wasn’t as a creatively expansive track as others higher on the list.

2014’s Four saw One Direction’s last musical endeavor as a band, prior to Zayn Malik’s departure the following year. Things were changing, and “Night Changes” is a literal perfect example of that.

The song doesn’t rely on intense pop choruses, but it also isn’t a fully heartbreaking ballad. Instead, it falls somewhere perfectly in the center, utilizing subtle harmonies and production to complement each vocalist’s strengths. Harry’s performance set the scene for his similar solo sound, while Zayn’s almost-acapella bridge was one of his best final songs with the group.

If there’s one standout One Direction ballad, “Over Again” is always a first choice. Every single time this song, at least from a past fan perspective, it also makes for a great sing-along. Their album Take Me Home also had some of the most interesting lyric choices, with this track being the perfect continuation — “Hole in the middle of my heart like a Polo” and “I can make your tears fall down like the showers that are British.”

A song off Made In The A.M that arguably deserved better, “End of the Day” details different moments throughout a relationship. While that is common for most One Direction songs, it’s the underrated rhymes in the lyrics and speculation of the song’s backstory that helps earn a spot on this list.

Several songs off this album were rumored to be references to Styles’ relationship with Taylor Swift. Yet, “End of the Day” serves as the best evidence for this, relating hospital motifs in the second verse to Swift’s 2014 song “Out of the Woods.” Both songs are incredibly well-done, and the similar song titles are all that’s needed as proof.

“Story of My Life” doubled as one of the most heartbreaking One Direction songs and music videos for many young fans when it was released. The band reflects on childhood memories and life before X Factor, displaying scenes including old pictures of their families.

The song itself is extremely introspective and compelling. Instead of relying on overly gimmicky romantic themes, “Story of My Life” saw the members strive to freeze time with their families in a fear of getting older.

From their final album (so far), “History” served as a goodbye to fans. Lyrically, it alluded to how the band had made it through hard times before — encouraging a large fanbase to do the same. Listening back, the song feels both triumphant and bittersweet. As the song notes, “This is not the end,” and they were right. One Direction, both as a band and extensive solo careers, continues to live on in the hearts of fans.

While it wasn’t as well-known outside of the fandom, “Best Song Ever” deserved the top spot — partly due to the name, charting status, and time of release. 2013, being arguably the band’s peak, from moments like 1D Day, the film release of One Direction: This Is Us, and their third studio album Midnight Memories.

The album’s lead single, “Best Song Ever,” dropped that summer, along with a six minute video portraying the band in both real and prosthetic versions of themselves. It was a creative departure from their previous videos, one where they even critique the traditional “boy-band” aesthetic. Without the music video, references including “Cute as a button, every single one of you” or the dance choreography wouldn’t have existed in the fandom culture that skyrocketed the song to #2 on the Hot 100 — One Direction’s highest ranked song.

“Best Song Ever” and Midnight Memories added more rock influence to the band’s perceived poppier sound, paving the way for the sonics within their solo discographies years later. Listening back to the bridge’s lyrics in 2020 (“You know I’ll remember you / I know you’ll remember me”) adds to the nostalgia behind the song, earning it the rightful place at number one.