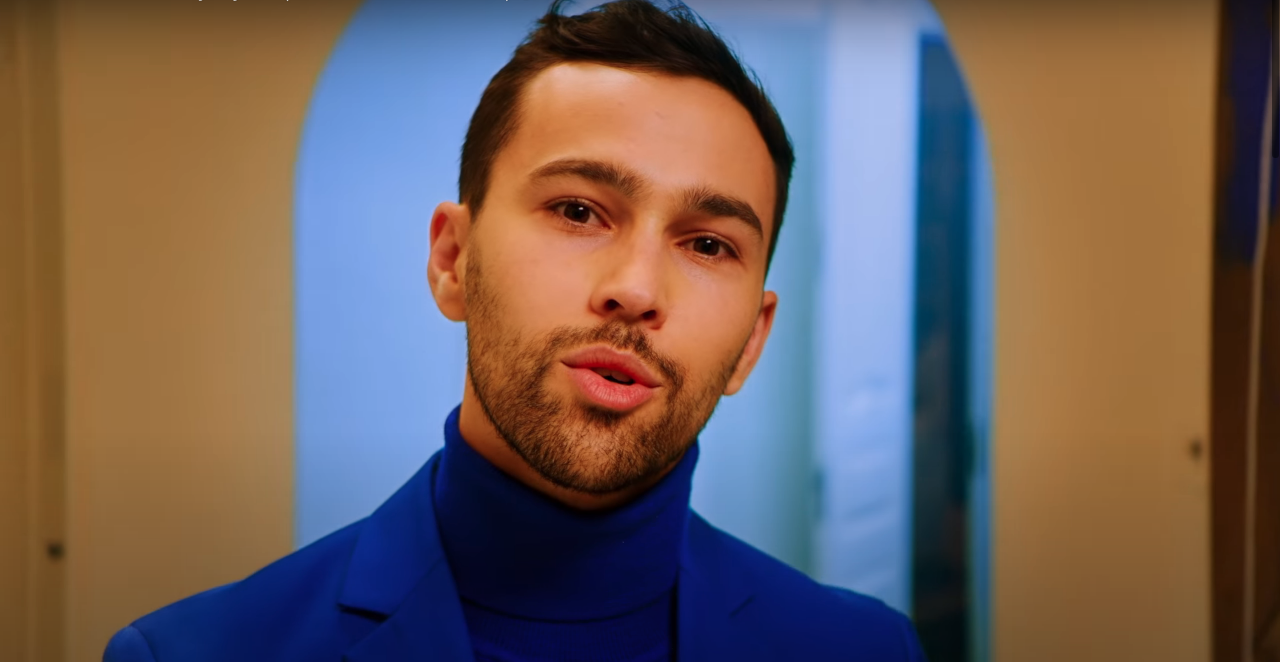 The progression from MAX‘s debut album, ‘Hell’s Kitchen Angel’ to his newest LP, ‘Colour Vision’ is immediately clear on the intro track. An explosion of vibrant, electronic-pop, the title track sets the tone for MAX‘s sophomore effort that looks to propel him even further into the pop game with collaborations featuring SUGA of BTS, Hayley Kiyoko, Quinn XCII and more.

Like most other major artists under quarantine, the road to releasing ‘Colour Vision’ required out-of-the box marketing and a smart sense of timing. The decision to drop “Blueberry Eyes” and its music video days ahead of the project proved to be a smart move, as SUGA and his fellow BTS members made history with their first #1 song on the Hot 100 with “Dynamite” the same month. MAX tells Pop Crave the downtime during COVID-19 also allowed him to spend more time crafting the merchandise, land a socially-distanced performance for Amazon, and lend his vocals to the theme song for League of Legend’s 2020 World Championships. “I think I took more creative risks with this record,” MAX tells Pop Crave. “I wanted to make sure there was an introduction and there was an ending, and that you went through a full arc. With last album it was more of a collection of songs that I really loved.”

With ‘Colour Vision’ officially out, Pop Crave caught up with MAX this week to chat about BTS fans, the concept for “Blueberry Eyes” and what he has coming next.

What’s it like working with SUGA of BTS on “Blueberry Eyes” and now being a part of this global fandom?

I think the Army has been so excited to finally get the song with SUGA, “Blueberry Eyes.” I’m so ecstatic to give them the whole experience, I wanted to make sure the video came out with the song on the same day. It’s been challenging, but worth it.

I learned Korean with my wife to make our vows, and the music video. The whole thing is a concept of quarantine relationship escalating, us going from being engaged in a bathtub of blueberries to being married in pajamas and saying our vows. She’s pregnant, so I thought, let’s have our unborn baby be in the music video! It felt really special to combine all the pieces of our life for one song.

SUGA himself couldn’t be in the video, so how did you work around that?

With BTS, none of the solo members are ever in the videos for features, even for people like Halsey or Lauv, It’s sort of a policy. But I wanted to make sure his spirit was a part of it. His verse is so romantic. It made it perfect to have our vows in Korean.

How have you been getting creative promoting the album during quarantine

It’s been overwhelming, but we’re trying to be creative. We’re actually doing a show with Amazon at the Hollywood Bowl with nobody there. So we’ve been thinking, how can we do things we don’t do in our normal reality without a pandemic. Putting that creative hat on and addressing the times while doing things – it’s going to be like you’re at a full live festival experience, but if no one is in the crowd, how can we use the venue in a way we’ve never used? I’m excited to show fans a new live stream experience they’ve never seen before.

Any plans to do virtual performances?

I really only do things that are authentic to me. It’s the only video game I’m obsessed with, I reached out saying, ‘hey I know you guys do a song, I want to be a part of it.’ They said, ‘Hell yeah!’ I love when things come from a mutual respect and excitement.

Track #2, “Working For The Weekend” sounds like a potential single. How did that song come about?

Having the patience the make the album experience fleshed out and how I really envisioned it has been a blessing. I want the merchandise to be the highest quality for the fans. It’s been worth the time.

DOING A ZOOM MEET & GREET WITH A FEW PEOPLE WHO RSVP: https://t.co/mOEWDDlOL6 pic.twitter.com/dmXFISFMuP

Lastly, how would you compare ‘Colour Vision’ to your debut album?

I think I took more creative risks with this record. I wanted to make sure there was an introduction and there was an ending, and that you went through a full arc. With the last album it was more of a collection of songs that I really loved.

The intro and title track, “Colour Vision” is really going to start the show. I’m really proud of how it introduces you into the soundscape of the record. If that was the first thing someone heard of my music, I’d be really excited!