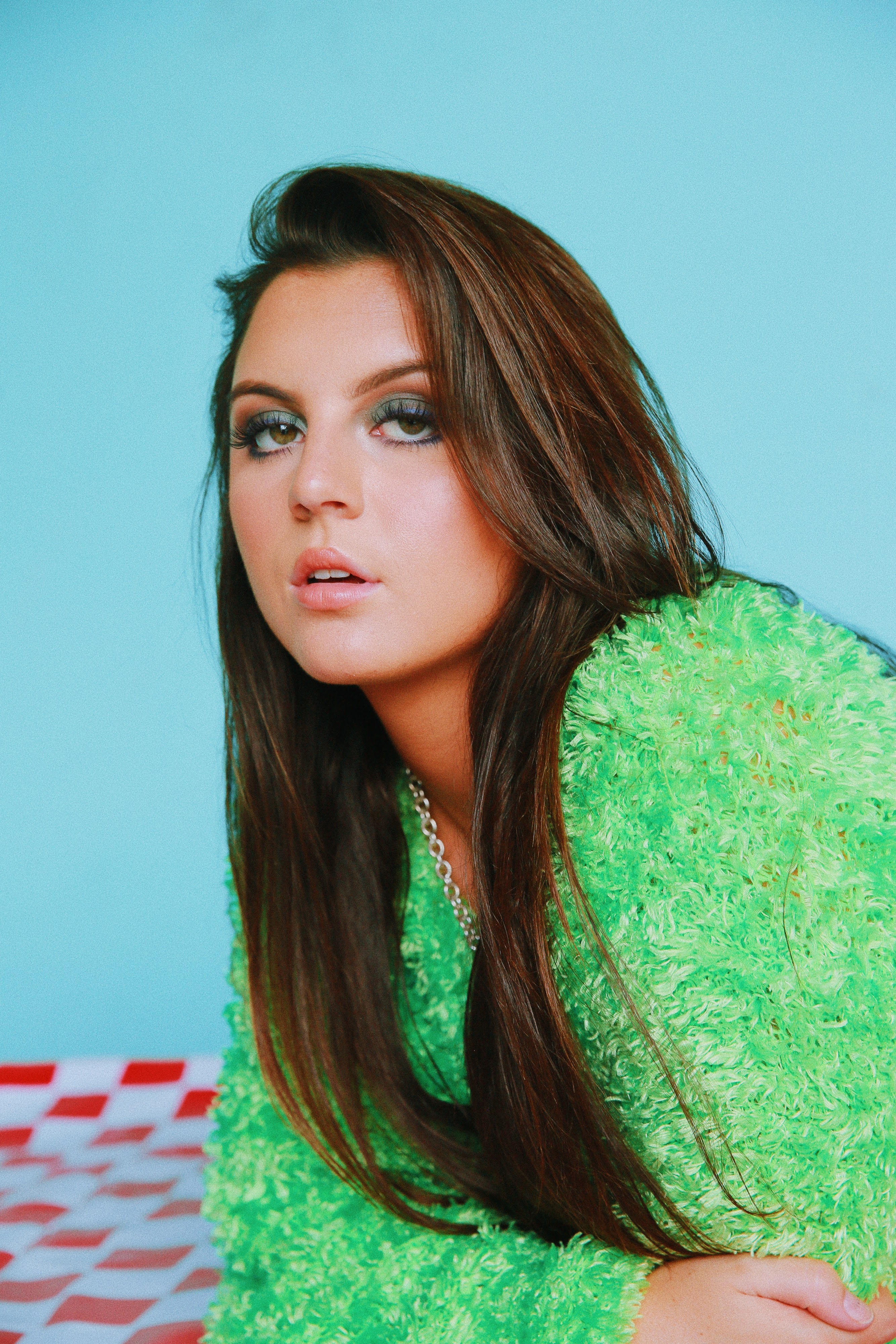 Once a month, Pop Crave puts on it’s A&R hat and shines a spotlight on a new up and coming artist. Breaking into the world of pop is no easy feat, but Nashville based singer-songwriter Stef is taking all the steps in the right direction. We caught up with Stef ahead of the release for her debut EP titled “Why Do I Laugh When I Cry?” to learn more about her artistry, her stunning visuals, and what we can expect from her in 2020. So what inspired your move to Nashville?

I moved to Nashville on a whim. I grew up in Alabama where going against the norm is very frowned upon. I grew up thinking I was going to go to a big SEC 4 year university and be in a sorority. I knew I never wanted to do that and my Junior year of high school I started working with a song writing group in Nashville. That’s where my passion grew for songwriting and I realized this is what I wanted to do with my life. I had an “ah ha” moment when I was talking to one of the owners of the company I was working with and he said I should move to Nashville and  pursue this as a career. I literally had a “duh” moment and that’s when I knew moving to Nashville was the path I wanted to take with my life rather than go to a 4 year university. Now here we are a year later. I moved to Nashville July 2018 and it’s the best decision I’ve ever made. You’ve only been in the pop scene for a few months. What do you think makes you different from other artists?

I think something that makes me different from other artists is my work ethic and my view on never wanting to comprise anything for my art. I have never said yes to something until it was completely perfect and felt right. It is almost a divine feeling. I am obsessed with visuals that’s why I started creating video content in high school on my YouTube channel. I think my desire for visionary excellence sets my apart and has helped me build the brand I want for myself.

How would you describe your sound? How did you find it?

I would describe my sound on the more dark pop side. I think my country song writing roots are present in my songs now because I love a play on words, and a strong hook. I’m not sure how I found my sound. It just happened in the writing room one day. I knew immediately with the first song, which was voodoo, that was me. That was stef. I screamed when I heard the demo in my bed at 12 am that night. Which is so funny because the song is completely different now. So since that song we have been developing my sound. I would say it is for sure a joint effort with my writing team; Christian, Harrison, and Rikki because with one of those people missing it wouldn’t of happened the way it did.

What’s something you want listeners to take away from “Why Do I Laugh When I Cry?” after listening?

I want people to know it’s okay to feel hurt. It’s okay to feel sad but you will get better. Two of the songs are about being in a toxic relationship. I have experienced toxic relationships as well as most people I know. Sour really resonates with them because of the idea “you only love me cuz it hurts.” One of my friends said “I feel like I just watched the last year of my relationship flash in front of my eyes,” watching the sour music video, which made me super sad. I want people know their self worth and know that they should not settle for anything less than they deserve.

Discuss the visual side of your music. You see more and more artists, like Melanie Martinez for example, creating vivid visual concepts for their work.

Visuals are the number one thing for me. When I talk I see things. When I write I write based off of what I see in my head when we are telling the story and writing to the track. Visuals visual visuals all day long. My brand has really developed off of what I love and what I feel is the most me. Visuals are adapted from my brand I’ve developed for myself.

You started off on YouTube and you’re nearing 12K subscribers. How do you integrate the platforms? Will you continue to make videos?

I started my YouTube channel because I loved vintage fashion and being creative so I used YouTube as a way to express myself. I think I will integrate my music into my channel slowly but I also love the fashion content I have been creating however my main focus is my music. So the answer is yes! I will continue to make videos of my original content and new music content. My music video will be released on my channel September 27th.

Can you talk a little bit about who you’re working with to create your music? What’s your studio vibe?

I love this question! I’m obsessed with everyone on my team. To write these songs it was mainly the same people. Christian Fiore is my producer and one of my very good friends. I have never seen someone so insanely talented. He got exactly what I wanted without me even saying it. I didn’t know what was me I just knew everything I had been writing wasn’t it yet till Christian started the voodoo track. Harrison Boyd has been with me since the beginning. I wouldn’t be here without him. He’s literally helped me with everything and has become apart of stef. His talent is unreal. Rikki Randall is my go to top liner I bring in on everything. She’s also so insanely talented and has taught me so much about being a pop writer and just writer in general. I’ve learned a lot from her and am so grateful for her. Those three people were the main pieces of the puzzle for this project! Camden Mueller also wrote on vooodoo and he was really willing to take it there which I loved! He’s a very talented artist as well. John Luke Lewis also helped on the production side with voodoo and he’s the first producer I ever wrote a pop song with! He’s been there since the beginning and I’m very grateful for him. Rob Kinelski mixed the project which I think was a very big honor he wanted to work on my project considering I’m this small pop artist out of Nashville with no music out.

I have no idea! Going to release this music and see where it takes me. It’s my soul out to the world so I hope people love it as much as I do. I would love to be on a small tour as an opener and have more music out! Which we are currently working on. I have two songs I’m obsessed with and they will probably see the light of day soon.

I know you eventually want to tour. Have you ever performed live?

I was super involved in the theatre program growing up and lead worship for my church for years. I also was super involved in many writers rounds in Nashville singing my country songs; that was just with a guitar. I would say the answer to this question is no because I’ve never gotten to perform music live that is mine and I’m super proud of. I am so excited for my debut show and I can not wait to perform my music live! You’re entering the music industry super fresh. Are there any changes you want to see?

I would like to see more opportunities for independent artists like myself. I think the dynamics of the industry is changing and I’m excited for the opportunities to come.

“Why Do I Laugh When I Cry” is available on all streaming platforms!

A Decade Later: Looking Back on Paparazzi's Impact 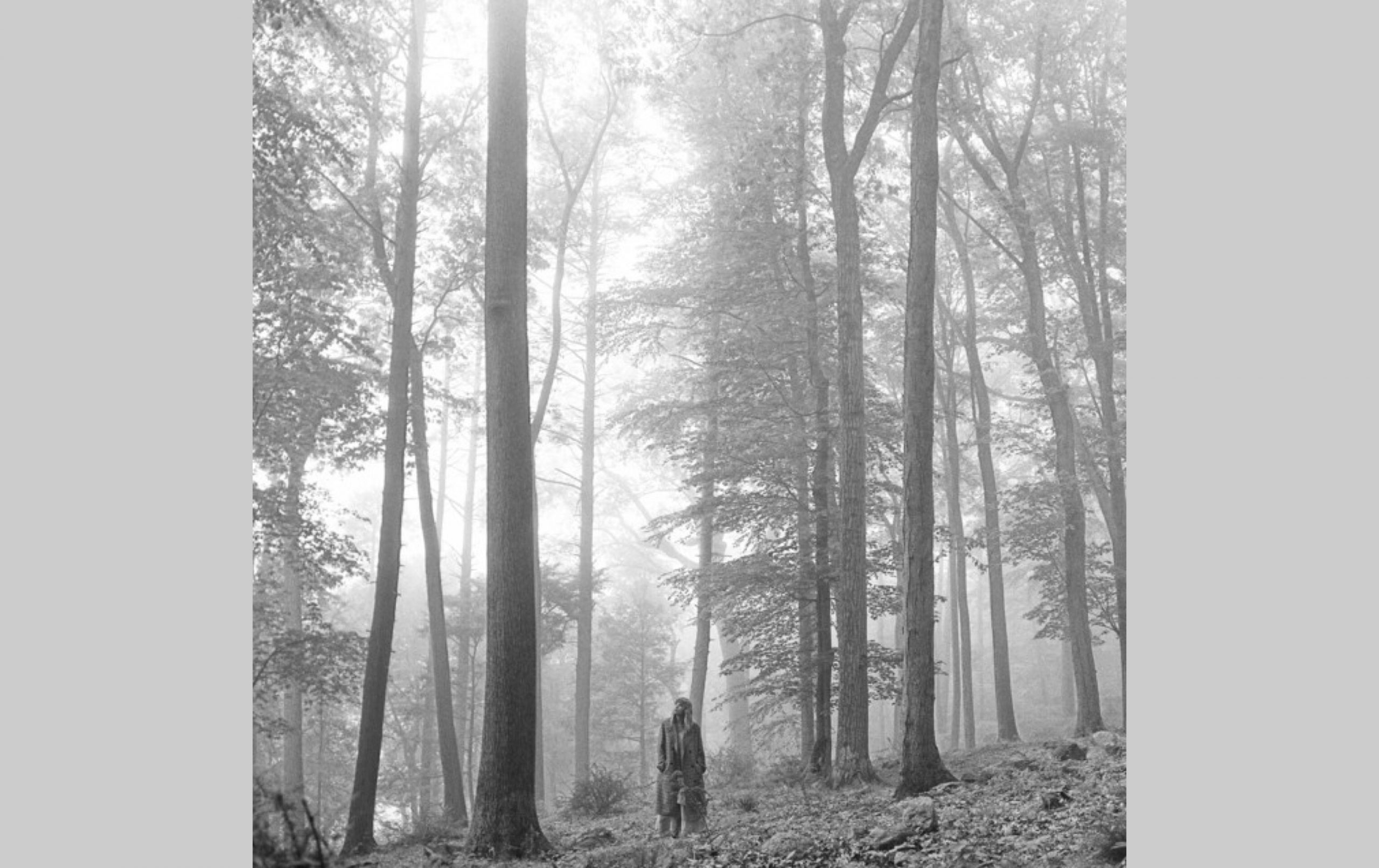