After competing in a twenty-three day adventure across eight countries and 16 cities, Big Brother 23 stars Derek Xiao and Claire Rehfuss have won Season 34 of CBS’s The Amazing Race. The couple become only the second Big Brother pair to win the series, following Cody Nickson and Jessica Graf’s (Big Brother 21) victory in 2018.

Having only dated about nine months prior to the show, the race presented itself not just as an opportunity to compete for $1 million, but the first true test to their relationship. And despite the highs and lows of competing under such immense pressure, Derek and Claire came out on top, not only as victors of The Amazing Race, but partners in life. The couple earned their win in Nashville, TN, alongside long-lost twin sisters, Emily Bushnell and Molly Sinert, and married couple, Luis Colon and Michelle Burgos, who placed second and third, respectively. Derek and Claire’s future is looking brighter than ever, and we can’t wait to see where their journey leads to next!

Pop Crave got to chat with Derek and Claire about their win, how The Amazing Race has strengthened their relationship, advice they have for future contestants, and more. Keep reading for the full interview!

Congrats on the win! I saw you guys had a watch party the other night. What was it like being able to relive that moment with family and friends?

Derek: Man, it’s actually kind of crazy. So when it happened in real life, I think I was too full of adrenaline or something. When we ran to the pitstop, I felt like it wasn’t even real yet. I really wasn’t feeling any emotion at all. Like, it did not feel real. My body was literally in a state of shock. At the same time, I knew, logically, I had just won the race. And I was like, logically, “Okay, I think I should be crying right now.” I was like, “I think that’s what they’re going to expect from me.” So I remember hugging Claire and squeezing my eyes, trying to force the reaction that I thought my body should have been giving. But last night, watching it back, is when I actually had that reaction. I felt all of the emotions so much more than when it actually happened, which was crazy.

Claire: Yeah! I’m such a fan of The Amazing Race and every time I watch it, I cry when the team crosses the mat. And last night watching it with my friends and family, I was just sobbing. I kinda cried on the actual pitstop mat. But it was just like, “What’s happening?” It’s like you can’t even believe that this is happening; you’ve just worked so, so hard, and you’ve done it! You’ve won. But actually watching it and getting to see everyone’s reaction was so, so wonderful. It was really nice because we were there with the other finalists, too. And so it was a real reminder that this is such an amazing experience for all of us. Being able to be there for the other teams, and seeing them really be able to come together… It was just a really special night.

I have to say, especially for Derek, coming onto a show like The Amazing Race so soon after competing on Big Brother and then The Challenge: USA, must be daunting. What about those experiences would you say helped contribute most to your win?

Derek: All of it! Well, first off, there’s the aspect of we’ve been on television before. So we’re comfortable with cameras, comfortable with a camera crew. So none of that was daunting to us. And I think there’s a little bit of a learning curve that comes with just being on a TV show. But specifically, with Big Brother, we learned the importance of playing a social game, the importance of, “Okay, make friends with people and be an enjoyable person.” But also, I think what I really learned on Big Brother was, one, in every challenge, there’s usually a trick. So figure out what is the trick to the challenge that will give you an edge. And number two, winning these challenges doesn’t come down to skill. I think a lot of times it comes down to… I’ll call it steel. Don’t be nervous. Like, how un-nervous are you? How calm are you? Do you just have absolute ice in your veins? If that’s true, you’re probably going to win this challenge. If you can just stay calm and collected, you’re gonna be good. I think those are my takeaways from Big Brother. From The Challenge, I was just like, physically, “I can do this.” I was like, “Claire, I’ll carry the bag. Claire, I’ll do all of the physical stuff.” So The Challenge was basically just like a physical training boot camp to go on to the race.

Claire: Yeah, I mean, I would really just reiterate that. I think definitely being on TV, but also with Big Brother, doing the challenges and having some experience. Now look, I didn’t win that many challenges on Big Brother, so I can’t really talk that much. I think it’s just learning that you will be better than people at some things and some you won’t, but that’s okay too. If you can, like Derek said, figure out that trick. Figure out a hack to the challenge, and try to maneuver through. I think that competing at a high level… there’s been Olympians on this show and I’m acting like Big Brother is the highest level of competition [laughs]. But competing on some sort of high pressure level, I think does really help; doing those puzzles, doing those tasks, being under pressure and knowing that this is make or break. It was very helpful.

You two were arguably the team to beat going into this final leg, having just won the last challenge. What was your confidence level going into it?

Derek: I was like, “Claire, congratulations. We’re gonna win a million.” No, I’m just kidding [laughs]. It was low, dude. Like, so low going into the final leg because they told us we were going to Nashville, and Molly and Emily were so excited. I was like, “Hey, you guys seem more excited than usual.” And they’re like, “So actually, Molly used to work in Nashville. She lived there for two years.” I was like, “Fuck.” I can’t even point to Nashville on a fucking map. I was like, “We’re going to Texas? Where are we going?” So I’ve never been to Nashville. Claire’s been to Nashville, like one time. When they told us we were going to Nashville, they [producers] said, “We’re going to Nashville… Music City, USA.” Is that what it’s called? And I’m literally sitting next to Molly and Emily, who’ve been to and live in Nashville, and Luis and Michelle, who are professional… Michelle is a professional dancer. Luis is an amateur professional dancer [laughs]. So I was like, “Are you kidding me?” I couldn’t imagine going against two stronger teams right now. One of them has an affliction towards music. The other one has been to the city. So I felt like, from the beginning, we were trying to battle out whatever edge they had.

Claire: Yeah, we were very nervous going into it.

The Amazing Race is a clear relationship-builder. What would you say is one thing you learned from competing together that has helped strengthen your relationship?

Claire: I think one thing that we really learned on the race that we thought we knew, was, “What does the other person need in times of stress and in times of frustration?” Because we cope very differently. I feel like you even saw that when I was crossing the tightrope. And just being able to experience such a high pressure, and then being forced to stay in the same hotel room together, and actually be able to talk about it, helped. Like, “Okay, why was there this tension? What are we doing wrong? Where aren’t we communicating?” and having to be very open and very honest with each other. That was really something that we’ve taken outside of the race, and just being able to, of course, be honest and be open, but also realizing that the other person will process things very differently. That was something that I really appreciate that we got from the race.

Now that you’ve both conquered The Amazing Race, what advice do you have for future contestants?

Claire: I would say it’s hard because we are a very different season. But, I would say navigation, navigation, navigation: Really working with your partner, using a map, and looking at videos about how to navigate optimally with a map. And you know, using your odometer, using a ruler to measure out how far you have to go. Even just getting directions from someone and being like, “Okay, how will I tell you how to do this in a step by step way?” That really is what was make or break for us on the race. And then of course, know how to use a wrench. Take a class. That’s really what I would say.

Derek: I say my advice is, you can really prep for the race. The other reality shows, you can only do so much prep. Big Brother, it’s like, all right, you can read a book: ‘How to Win Friends and Influence People,’ and then you’re going. Big Brother, you’re just taking your life experiences and applying that to a show. The Amazing Race, you can prep for this. I think there’s probably a checklist of 50 things I’d give someone. I’d say don’t go into a race until you’ve done all 50 of these things, and you can do these well. Learn your flags. Learn the top 10 words and the top 10 languages. Know how to drive a stick shift, swim, run, etc. Do a cooking class. Do a basic workshop class. Do a dance class. Do a singing class. Like, there’s so many things that you always have to do before going on to the race to be a competitive team.

Claire: And then know that they’ll throw something at you that you’ve never seen. You’re gonna have to juggle all of the time.. You’ll have to yodel! Cover your bases. Learning new skills is a good skill to know because you’ll have to learn some random new skill on the race. So, being able to adapt quickly and learn quickly is a big strength. 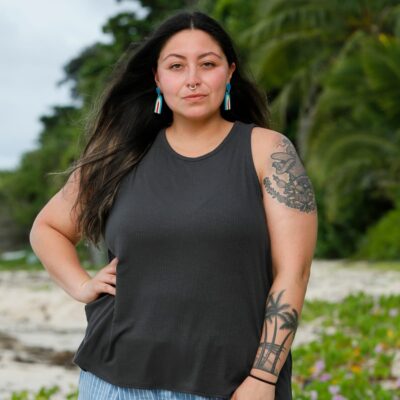 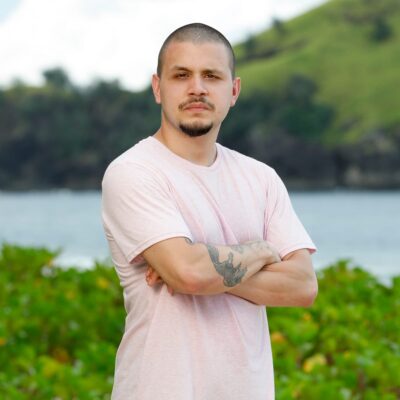