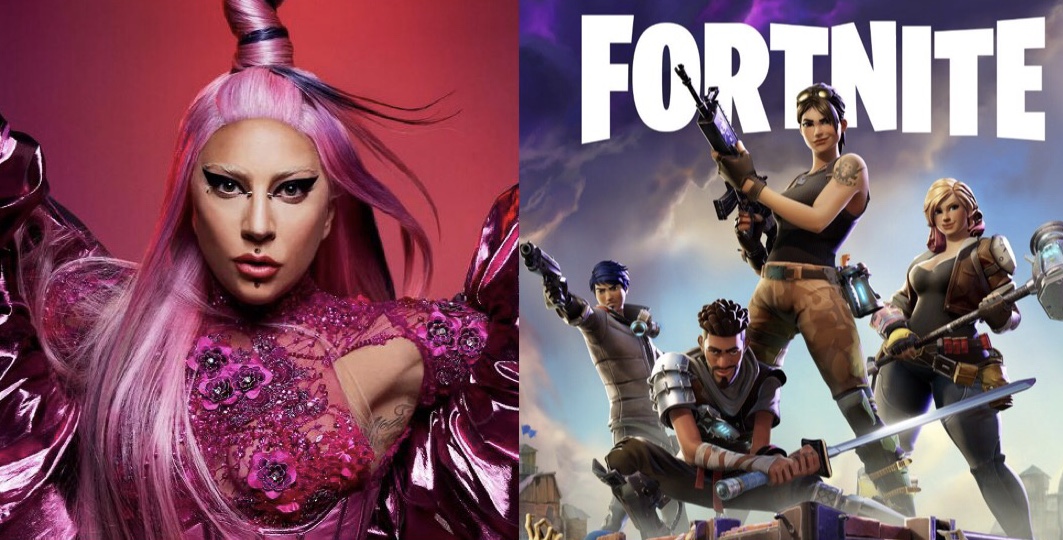 With live venues closed indefinitely and award shows going virtual, Lady Gaga fans are holding out hope the singer will “restart” her ‘Chromatica’ era with the next best thing: a Fortnite concert.

Fortnite, the global gaming sensation that’s attracted roughly over 250 MILLION players to date, has become a go-to marketing platform for artists looking to attract a younger audience. Both Travis Scott and Marshmello held virtual concerts in the arena to great success with 12.3 MILLION and 10.7 MILLION live viewers, respectively, while other acts like Diplo, Noah Cyrus and Young Thug have experimented with shows in the game on a smaller scale.

Gaga, a trailblazer who has helped re-define internet fandom, appears to be a perfect candidate for Fortnite’s new model of music promotion. The superstar first drew speculation that she was collaborating with the video game in October, 2019 with this now infamous tweet:

Fans have yet to unearth any solid signs that the superstar plans to collaborate with Fortnite in the months since she first acknowledged the video game. This hasn’t stopped fan demand in the slightest, though, especially as more artists begin capitalizing on virtual venues (“Animal Crossing,” “Minecraft,” TikTok) amid the global pandemic. The hunger for new ‘Chromatica’ content among Little Monsters is so great that just about anything (and we mean anything) can be interpreted as a possible clue.

On May 20th, just two days before the release of “Rain On Me,” fans started circulating a video of “mysterious” purple rain clouds forming in the game. The clouds, a common feature in the game, actually had nothing to do with a virtual performance to the disappointment of both Grande and Gaga stans.

☁️ | Fortnite’s sky is now covered by purple clouds… may it be related to ‘Rain On Me’? pic.twitter.com/KzjwvT0WXC

The popular rain cloud rumor was quickly dismissed days later in favor of a new “clue” found on Spotify. Multiple fan pages spread an alleged screenshot of a playlist on the streaming platform presented by Epic Games, the company behind Fortnite, which featured “Rain On Me” on the cover.

.@ladygaga and @ArianaGrande’s new song #RainOnMe is being presented to @Spotify’s New Music Friday playlist by @EpicGames, the creator of Fortnite. 👀 pic.twitter.com/MjocPxGsL2

Another wild theory online claimed that “data miners” had found newly-designed avatar skin made specifically for a Gaga Fortnite event. This followed a separate rumor in February that Fortnite had an event for Gaga‘s “Stupid Love” premiere after a skin with a similar color palette circulated Stan Twitter.

Months later, Little Monsters are still on the lookout for any clues related to a ‘Chromatica’ Fornite event. This mad hunt was largely ignited by Gaga’s absence on social media following the postponement of her tour, fueling fears among stans that she was done promoting her new music era.

Stans most recently started circulating videos of “Rain On Me” being played in car radios on ‘Fortnite.’ While it looked like a legitimate clue at first glance, a closer look reveals that “Rain On Me” is just one of many popular summer songs that have been added to Fortnite’s new ‘Grand Theft Auto’ adjacent radio feature.

When you pick a car in Fortnite there is a chance that Rain On Me starts playing on the radio! pic.twitter.com/rcUaz1D5MI

The hype for a Fortnite ‘Chromatica’ event is so great that one fan already made a dream setlist, including such tracks as “Stupid Love,” “Babylon,” “Born This Way,” “Marry The Night” and more. As it currently stands, Little Monsters are still hopeful that Gaga could pull out a surprise concert event with ‘Fortnite’ despite the few clues they’ve found so far. What makes fans especially hopeful at the moment is Gaga‘s recent return to social media, a sign that almost guarantees she’s ready to “restart” her ‘Chromatica’ era with new content and possible performances.

In addition to posting behind-the-scenes footage of the “Rain On Me” music video with Ariana Grande, Gaga has also possibly hinted she’ll promote “Sine From Above” feat. Elton John as the next ‘Chromatica’ single. If Gaga is going to do a Fortnite concert anytime soon, fans are convinced that she’ll be jumping at the opportunity to promote a new single and capitalize on her domination at the MTV VMAs nominations with a virtual event in the game.

.@iHeartRadio is reporting that “Sine From Above” is the third single from “Chromatica”. pic.twitter.com/eUW72aC9O4

What do you make of these ‘Chromatica’ Fortnite rumors so far? Share your thoughts with us on Twitter at @PopCrave!