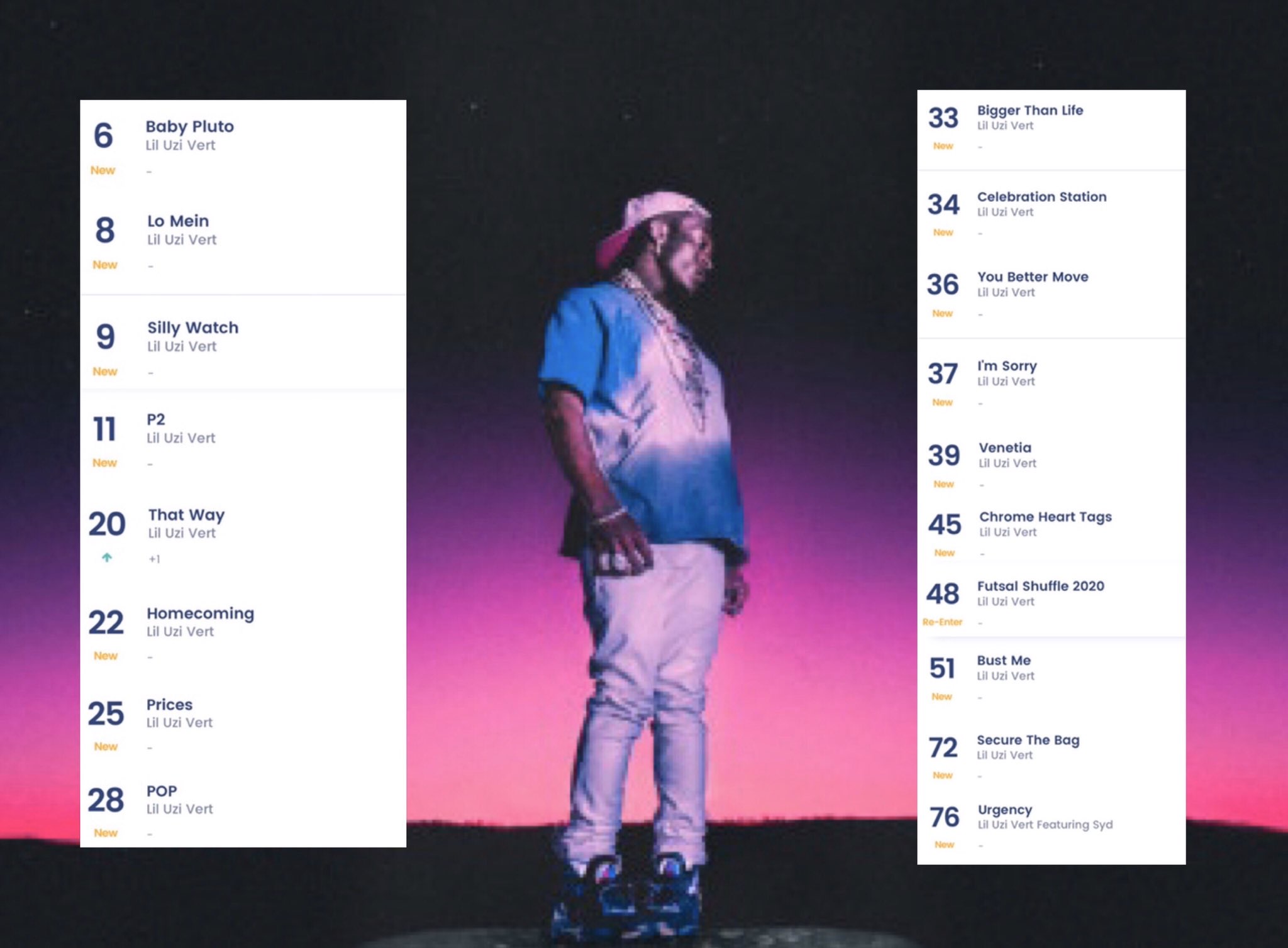 With his latest LP ‘Eternal Atake,’ Lil Uzi Vert joints a prestigious group of artists who have charted every single song from their respective albums on the Hot 100 in the streaming era.

Blasting onto the Billboard 200 with 288,000 equivalent units sold, ‘Eternal Atake’ proved to be powered almost entirely by its streaming figures. The set earned a massive 400 MILLION on-demand streams in its debut week, making it the fourth highest streaming debut in the US ever and the biggest overall since Lil Wayne‘s ‘Tha Carter V’ in 2018.

For perspective, here are the Top 10 streaming week debuts in the US:

Notably, ‘Eternal Atake’ also achieved the rare feat of charting every single one of its songs (18) on the Hot 100:

Hot 100 takeovers like Lil Uzi Vert‘s this week are becoming an increasingly common sight thanks to the power of streaming on Billboard’s algorithm, but the feat is nevertheless impressive. Looking at the last decade of music, only 20 other albums have also charted every single song on the Hot 100. This doesn’t account for smaller EP’s like ‘My Dear Melancholy’ or albums that charted every song on their standard album but not the deluxe version. Of this sum, the vast majority were released during the rise of the streaming era beginning roughly around 2015.

Check out the full list of albums over the past 10 years that ‘Eternal Atake’ joins in charting every song:

Which artist do you think will be the next to chart every song from their album on the Hot 100? Share your thoughts with us on Twitter at @PopCrave!