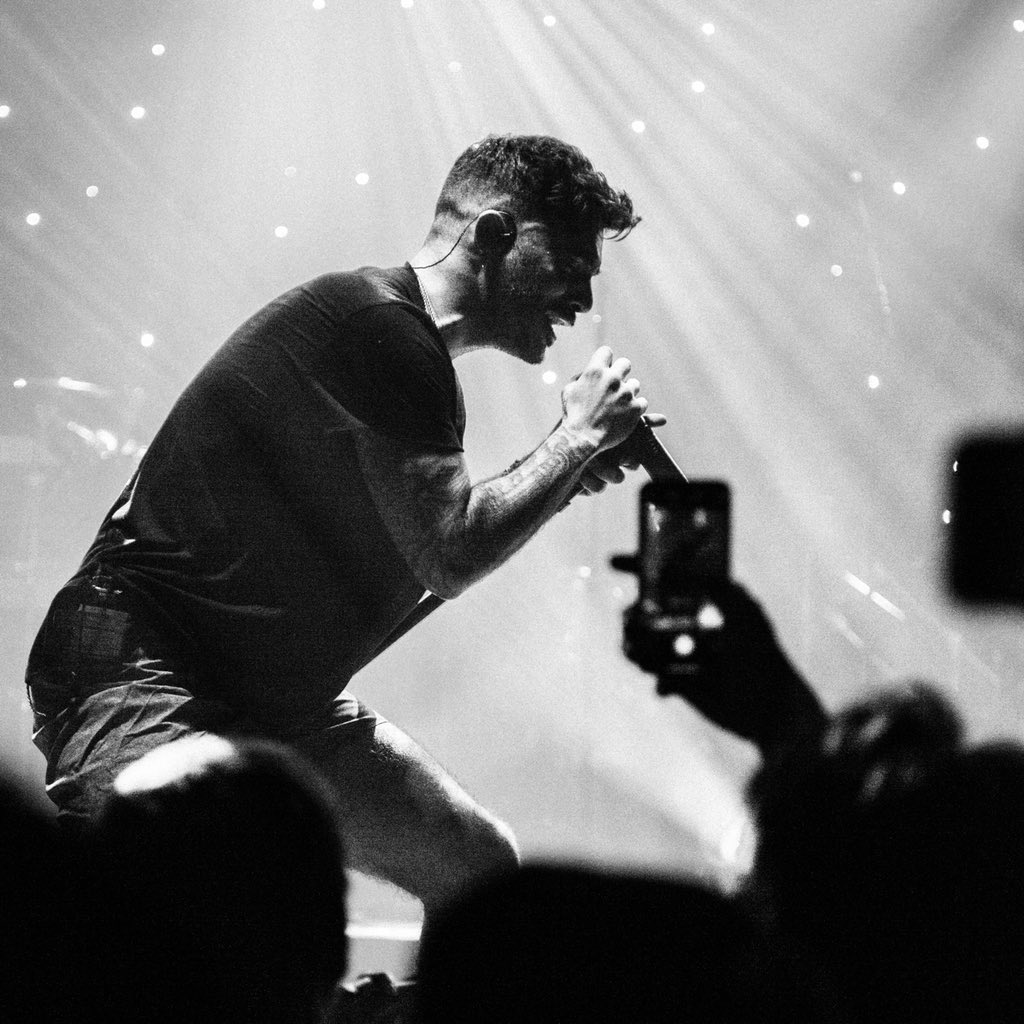 Eminem’s & Rihanna’s “The Monster,” Christina Aguilera’s & Demi Lovato’s “Fall in Line,” Jason Derulo’s “Trumpets,” & Lauv’s “Drugs & the Internet” are all pop perfect songs that have one unlikely thing in common: Jon Bellion’s craftsmanship. The mesmerizing singer-songwriter is making a name of his own, and has embarked on a touring journey for his 2018 sophomore album, ‘Glory Sound Prep.’

Last weekend, Bellion hit the Bayfront Park Amphitheater stage at Miami, Florida and Pop Crave was given the opportunity to witness an up-close-and-personal show with lyrical mastermind. As the summer sky set, dedicated fans gathered around the stage excitedly shouting his name until a prismatic light show unveiled Jon Bellion from the top of the stage. Bellion kicked off his show with his nostalgic track, “JT” where he reminisces about his journey & success. Throughout the show, not only did Bellion showcase his powerful vocal chops, but he spiced up the act during his two part performance of “Adult Swim.” With it he served versatility, spitting out raps effortlessly in the likes of label mate Logic.

As the show progressed, the artist shared tidbits of his life & endeavors. While introducing us to his adventurous track, “Cautionary Tales,” Bellion revealed his love for rock band Rage Against The Machine and encouraged fans to “rage” along with him. And at one point of the show, Bellion expressed his gratitude for living his dreams & for being allowed to pursue his passion for music. From there on, Bellion begun to play his fan-loved songs like the “80’s Films” & “Overwhelming.” Finally as the show ended, Bellion lit up the stage in crimson hues by performing his latest collaboration with Illenium titled “Good Things Fall Apart” as the crowed roared the lyrics in unison. It was amazing to see the unmatchable connection he has with his fans. On stage, Bellion gave a round of applause to a mega fan who had dressed in full costume inspired by his album and decided to meet him after the show to personally gift him his show uniform. More so, the “All Time Low” crooner announced he was working on an animated show where his own fans were able to take creative control.  Character designs, settings & plot were all aspects fans were able to choose all through a unique QR code attached to each purchased merchandise. Talk about artist-fan dedication, right?

Jon Bellion is a must see artist. Being able to compose, sing & rap is rare in the music scene, but having all of them is even rarer. Bellion portrays raw emotions through every single song as if it were his last, touching music lovers hearts & souls. It’s an astonishing sight to witness.