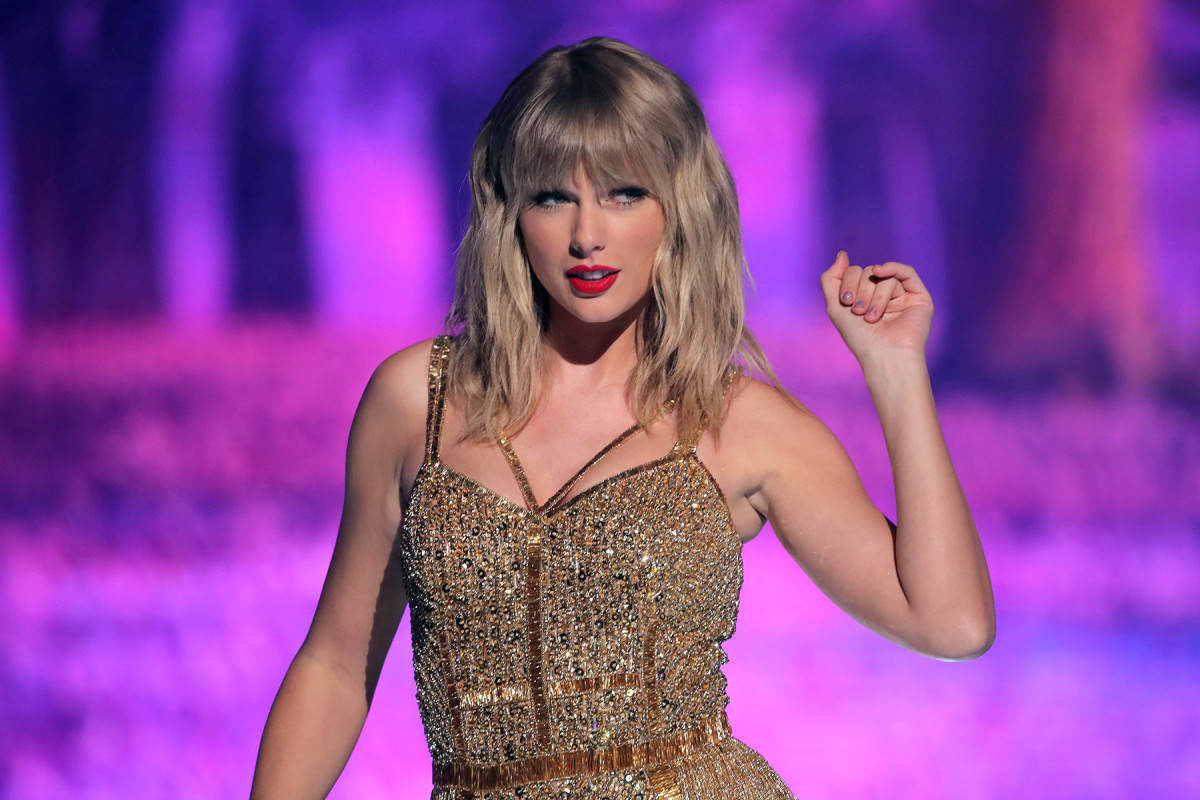 Swifties, it’s time to put on your tin foil hats.

Thanks to a handful of clues littered across the internet, rumors are swirling on Stan Twitter that Taylor Swift is gearing up to release “Cruel Summer” as the fifth official single from ‘Lover.’ Regarded as one of the standout tracks from the album, fans have begging Swift to promote the song with radio airplay, an official music video and much more ever since the release of ‘Lover’ in August 2019.

Fans were already convinced that Swift would promote another single from ‘Lover’ thanks to her ‘Lover Fest’ tour dates this summer, a perfect opportunity that would’ve created more buzz around the event had it not been cancelled due to COVID-19. If a music video was already shot prior to cancellations, however, then it would only make sense for her to still drop it according to fans.

I’m so sad I won’t be able to see you guys in concert this year, but I know this is the right decision. Please, please stay healthy and safe. I’ll see you on stage as soon as I can but right now what’s important is committing to this quarantine, for the sake of all of us. pic.twitter.com/qeiMk2Tgon

Swift has promoted “ME!,” “You Need To Calm Down,” “Lover” and “The Man” as the first four singles off of ‘Lover’ so far. If “Cruel Summer” were to be the fifth, it’d make for an unusually fitting anthem given the current state of the world amid COVID-19.

Continue below for a list of potential clues indicating that “Cruel Summer” could be getting the single treatment soon:

Swift shared a video of ‘High School Musical: The Musical: The Series’ star Olivia Rodrigo covering “Cruel Summer” to Instagram, drawing speculation that she’s in the early stages of promoting the song. For whatever it’s worth, Olivia is also the name of Swift‘s cat.

Shortly after sharing Rodrigo‘s cover, Swift took to Tumblr to “like” a post about Bill Nye‘s “Mixtape for Mother Earth” which features “Cruel Summer.” It might look like a mere coincidence, but then again, this is Swift we’re talking about.

? TU | Taylor liked this post on Tumblr just now about both @BillNye and @Olivia_Rodrigo showing love for ‘Cruel Summer’ pic.twitter.com/z1WK3BMHQL

Fans are circulating a screenshot of Swift‘s social media profile on QQMusic and NetEaseCloud in China in which her most recent selfie features a link to “Cruel Summer.” It’s unclear if this was done on purpose, but nevertheless, a clue is a clue.

? | “Cruel Summer” is featured on Taylor’s recent post on QQMusic and NetEaseCloud in China! pic.twitter.com/P0WmZY25h1

Fans noticed that Swift‘s recent selfie was posted at exactly 5:08 pm, a possible clue hinting at a May 8th release date. Interestingly enough, May 8th falls on a Friday.

Not a lot going on at the moment pic.twitter.com/NaRCqgCH4Y

“Cruel Summer” is the shortest track on ‘Lover’ at 2 minutes and 58 seconds. Could the selfie at 5:08 pm be a reference to the 58 second mark?

Swift made another possible reference to the date 5/8 in the music video for “The Man” with the time stamp “58 years later.” If that wasn’t convincing enough, Swifties also point out that the painting on the ceiling could be a reference to the “Cruel Summer” lyric, “unbreakable heaven.”

taylor scrolling through the internet and seeing all the posts about cruel summer as the next single, the man flopping and theories about ts8: pic.twitter.com/qqwOfuURbl

Swift enlisted Loren Gray of TikTok fame for a brief cameo in “The Man” music video. While it appeared that Gray was only featured in an effort to promote the track on TikTok, fans think this could be a reference to the “Cruel Summer” lyric, “angels roll their eyes.” Gray rolls her eyes at Swift on the tennis court, and it just so happens that the TikTok’ers fans call themselves “angels.” The Man = This May

Swift is a perfectionist when it comes to the details, making this final clue perhaps the most convincing. In the music video for “The Man,” Swift‘s character pisses on a subway wall to spell out the title of the track. The letters are just messy enough that many fans thought they were reading “This May,” another clue pointing to the date Friday, May 8th. It’s possible that fans are reaching here, but we’re still holding out hope that “Cruel Summer will finally get the justice it deserves as the fifth single from ‘Lover’. What do you think of these social media clues? Share your thoughts with us on Twitter at @PopCrave!

The Success Of "Trolls World Tour" Is Upsetting Theater Chains