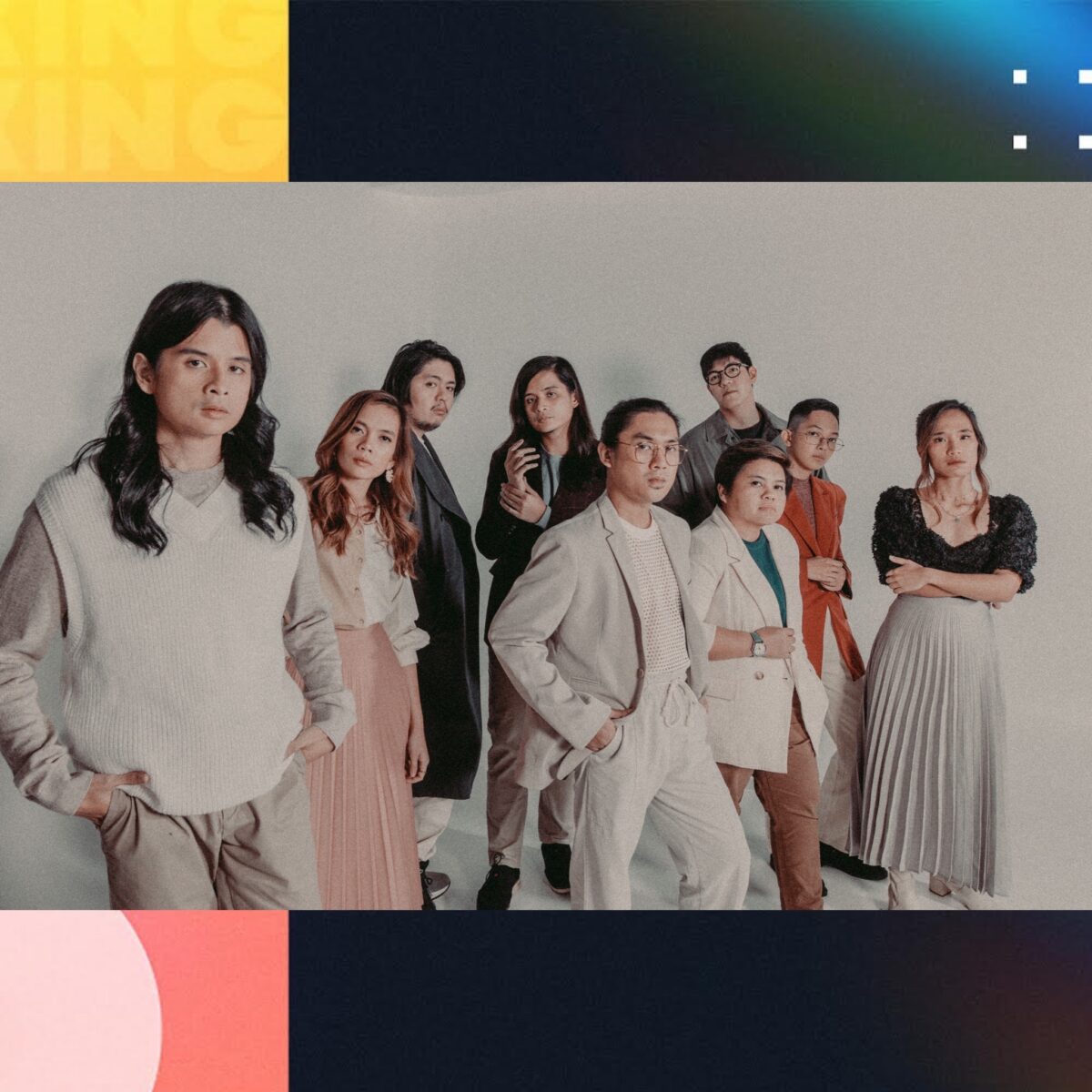 After making history as the first artists from the Philippines to reach 1 BILLION streams on Spotify, Ben&Ben are ready to go global with their hard-hitting lyrics and incredible folk-pop sounds. The group includes nine members: Patricia Lasaten, Poch Barretto, Agnes Reoma, Jam Villanueva, Keifer Cabugao, Toni Muñoz, Andrew de Pano, and identical twins Paolo and Miguel Benjamin. All of the band members bring immense talent, passion, and heart to the group, which is why Ben&Ben works so well in connecting with audiences from all around the world.

Becoming fully formed in 2017, their music achieved immediate adoration and success with the release of songs like “Leaves” and “Kathang Isip.” Now, Ben&Ben are ready to release their debut international single, “The Ones We Once Loved.” The song is an emotional, deeply moving track about seeking closure after an intense and significant breakup. Heartache is a universal feeling, and Ben&Ben do a phenomenal job of sharing that painful journey with those who need it. With every new music release, it becomes more and more clear as to why Ben&Ben are beloved by so many.

Pop Crave sat down with all nine members of Ben&Ben to discuss their latest single, “The Ones We Once Loved,” headlining their first-ever North American tour, and how they’ve become a family to one another over the past six years. Keep reading for the full interview!

Congratulations on your new single, “The Ones We Once Loved”! It’s a truly beautiful song. What is the song about, and what does it personally mean to you?

Paolo: Well, it’s a song about closure. Personally, it means a lot [laughs]! I think with closure, it’s something that most of us accept is not going to happen. With how the story that inspired the song went, closure was very much a part of what gave that feeling of peace. I know it doesn’t happen to everyone in all their relationships, but I guess what the song wanted to bring out is that it’s possible. Sometimes, when a breakup happens, it’s no one’s fault. I think that’s what the song is trying to say.

There’s also a music video coming out for “The Ones We Once Loved”! What can you tell us about the music video, and what can fans expect to see from the visuals?

Paolo: It’s real! I mean, without saying too much, it took a lot of stepping out of our comfort zone for it… Uh… So…

Paolo: We recently had closure, which inspired the song, with my previous relationship. We just decided to star in the music video, so it’s like a real life kinda thing. Of course, we’re gonna tell a story that’s really for the music video, but I can say it’s probably inspired by true events. It’s inspired by a true story, basically [laughs].

You guys have a lot going on right now! You’re also going on your first-ever North American tour. What are you most excited for about the tour, and is there a certain city that you’re really excited to visit?

You’ve had international collaborations with music artists like Us The Duo and DAY6’s Young K. Who are some music artists currently inspiring you right now, and is there anyone you’d love to collaborate with in the future?

Paolo: Yeah, definitely! Their story very much inspired ours, probably in a way where the music transcends genre – and not just genres – but even people from different walks of life. It’s something that we also dream of to achieve. Jacob Collier is coming to Manila, and he’s one that really inspires a lot of us in terms of the music.

Miguel: We’ve also always loved Alicia Keys. John Mayer, of course, and H.E.R. She’s also half Filipino, and we got a chance to talk to her at one point, probably last year. We’re very inspired by the stuff that she does. These are the artists that we dream of collaborating with!

In the U.S. music industry, it’s pretty rare to see a music group larger than five or so people. What have you enjoyed about being part of a larger family of nine, and how do you think that changes the dynamic of how you make music together?

Paolo: The differences and the diversity, I’d say. What we’ve experienced here in the band, it’s like a small version of how we like to see people resonate with each other despite differences. We celebrate the similarities and the things that bring us together. More than a band, we really see ourselves as a family. With that harmony, we do our best each time to bring it out into the music. At first, we were also puzzled by the nature of our group. We’re probably the only active nine-piece band here in the Philippines, and we realized that it’s something that we really want to celebrate. Now, hopefully we can bring it out into the world. We’re really excited for people to get to know this new dynamic in terms of a group of artists.

As a musical family, you guys create some incredible lyrics in your songs. Is there a favorite lyric from a past song that resonates with you the most?

Paolo: We often have that discussion among ourselves. Like, “What’s your current favorite song?” We’ve put out a lot of songs, mostly in our language of Filipino. Probably the most recent one is from “The Ones We Once Loved.” There’s a line there that goes, “Maybe we were meant to be a lesson to each other.” That’s one that really hits deep, because sometimes it’s the reality of love and relationships.

The Ones We Once Loved is a song about closure. Words you wanted to say to your past, or wanted to hear from them but never got to. pic.twitter.com/qaJjwd4Gtx

You’ve all made history as the first music artists from the Philippines to reach more than 1 BILLION streams on Spotify! That’s a lot of people. How did it feel to reach that milestone in music history, and how does it feel to have your music recognized and loved by the entire globe?

Paolo: Well, those are big words! We feel like we don’t deserve that. As far as the various streams, it’s really a reflection of the kind of relationship we always wanted to build with our listeners. Definitely, we’re at the stage right now where we want to reach out to the world. We have high hopes for where we want to go. What we can really promise is that we’re going to do our best each time. With each opportunity and chance to reach out that comes our way, we’re really excited for all of that.

For those who haven’t had the amazing opportunity of traveling to the Philippines, how would you describe the Philippines and what the music and overall community there is like?

Miguel: The Philippines is a place that welcomes everyone. I think that’s one of the best ways to describe it. A lot of people from anywhere in the world, when they come here, they always feel welcome. They always feel like the people are very warm, and I think that’s something that we’re very proud of as Filipinos. It’s quite warm in our country as well [laughs]! There’s also a lot of nature that we’re very proud of: the beaches, the mountains. If you’ve never been, please book your ticket now!

After working together and releasing music for over six years now, what is the biggest takeaway from your experiences together, and what have you learned about yourself through this journey?

Andrew: I think one of the biggest lessons I’ve personally learned throughout the six years, making music with eight other people, is that I don’t think you can ever discount an idea. You can never truly expect what could happen within a short amount of time, and you can never underestimate the power of one person to do whatever it is that they might want to put their heart into. When we started, we were very, very different people. In these six years, we’ve put out so many songs. To put out that much music means so much growth in the process. Growing together, not just musically but as people throughout the years, really makes you see what love can do, what love can do for us, and what it can do for the people that we reach out to. When love is at the center of what you do, we feel like it really emanates and makes a difference that no one can really explain. That’s why we might sometimes not feel like we deserve some things, because it’s all rooted in love. We just want to give it all away.

Is there anything else you’d like to say to your fans about what’s coming next for Ben&Ben, as well as what they can expect to see in the near future?

Paolo: Well, definitely, we’re coming over there this September and October [to North America]. We also put out a song called “The Ones We Once Loved,” and the music video for that is also coming out! I guess for next year, we’re really gearing up for not just bigger things, but we’re also going to try new things and new ways of reaching out to people we haven’t reached out to before. That’s really something that we’re actively aiming for, like really connecting with new groups of people. Each time as before, and as always, we’re really gonna put out music from the heart and from where we come from.

Ben&Ben’s new song, “The Ones We Once Loved,” is out now. 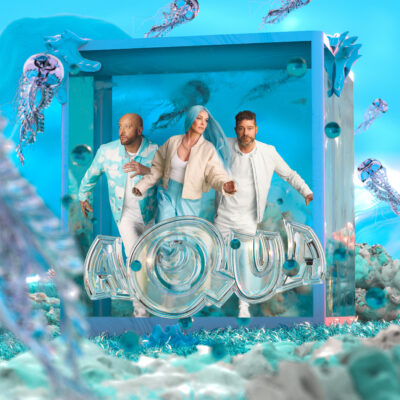 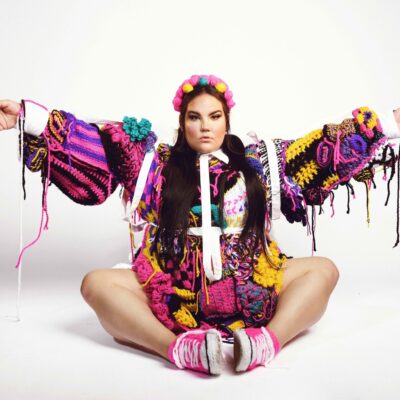