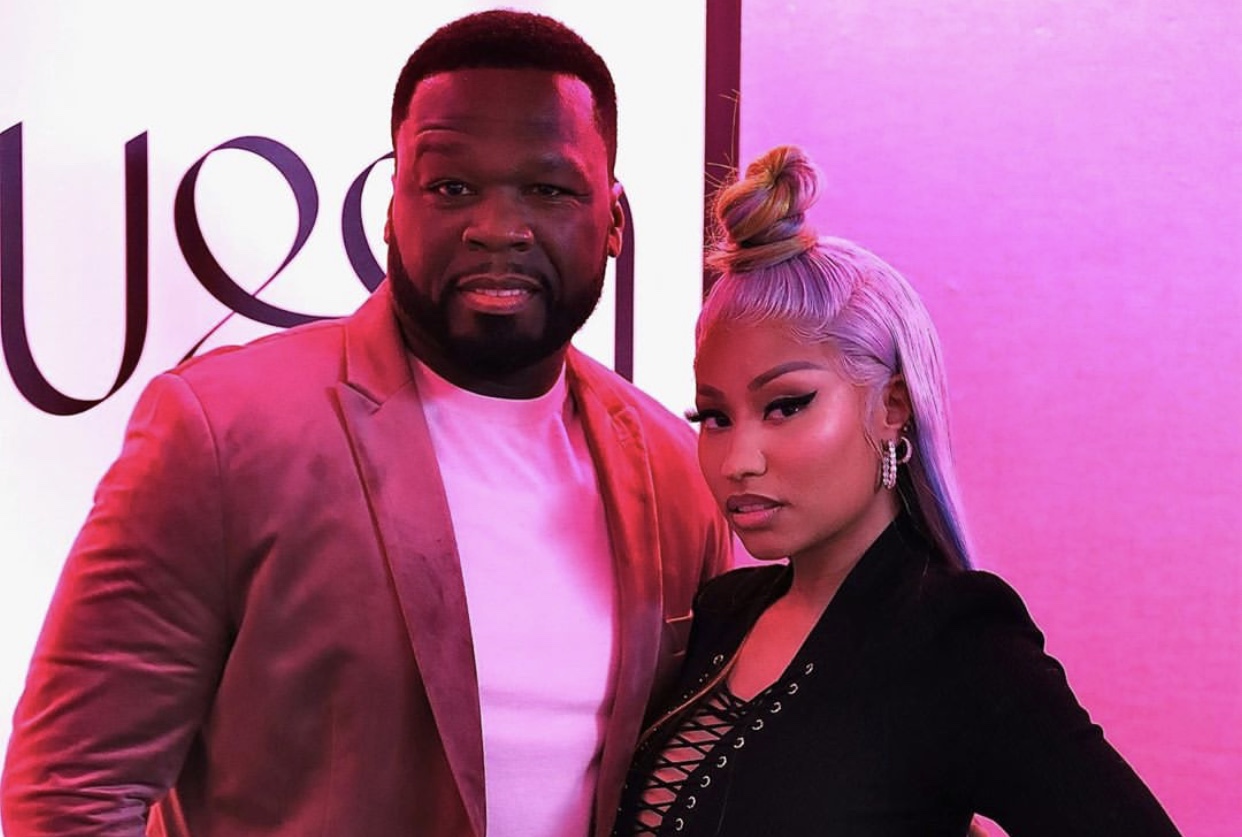 Nicki Minaj returned to her much-talked about “Queen Radio” show on Apple Music today following her surprise new single, “Yikes.” Over the course of around 3 hours, Minaj fielded questions from fans on topics such as her new album, possible collaborations, her reaction to the success of “Yikes” and much more.

Minaj also held surprise interviews with 50 Cent, Meghan Trainor and rapper Maliibu Miitch. Notably, the rapper decided to sidestep the recent  online drama with her ex Meek Mill during the “Cocksucker of the Day” segment, opting to stay positive instead.

.@NickiMinaj decides to skip her “C**k S*cker of the Day” Award segment on #QueenRadio :

“I’ve turned over a new leaf – we’re going to leave it. I’ve been filled with so much joy…I think it’s f*cking obvious. You know what’s understood don’t need to be said.” pic.twitter.com/fBDPtlrUkU

Continue reading for the best highlights from the newest episode of “Queen Radio” below:

Minaj tells fans she doesn’t feel a need for features on #NM5 at the moment, citing “Yikes” as a perfect example of why she’s OK going solo: “I’m gonna lay low on the features.”

“Kudos to Harry. This is what I love about my husband,” Minaj said. “Real men always say,  ‘a happy wife, a happy life.’ That’s what real men say. It’s so attractive, it turns me on. Put your woman first and make sure she’s happy.”

“With Princess Diana, we don’t need a re-do,” Minaj continues. “If you’re being bullied in the media, and all you wanted was to marry the man you love, then by God he should support you and get the fuck up out of there.”

Minaj confirmed on Queen Radio last year that she planned to hold an official wedding with husband Kenneth Petty following their low-key nuptials. When asked if there were any developments regarding a ceremony, Minaj said details are still in the works:

“If ya’ll know me, y’all know the answer is no.” Minaj joked. The rapper then referred to herself as a “last minute impulsive” person, but adds she’d like to have the wedding “this year.” As for the ceremony’s entertainment, Minaj said she’s talked about having singer Keke Wyatt perform.

Her favorite song from each studio album

Minaj‘s favorite songs from each of her four studio albums are as follows:

‘The Pinkprint’ – “Feeling Myself” featuring Beyoncé

Minaj confirms she’d love to guest star on an episode of James Corden‘s “Carpool Karaoke,” despite not appearing on the segment during the promo cycle for ‘Queen’:

“I love that question. I love James Corden. I was supposed to be on the show with last album, but something crazy happened, I couldn’t make it. He had rehearsed the rap. At the Meta Gala, he was like, ‘this shit is a lot harder than i thought, to memorize lyrics.’ — With this album I will definitely be going on his show, I love him.”

Why she hasn’t collaborated with Kendrick Lamar yet

Minaj praises Kendrick Lamar for his dedication to the craft, telling fans she’d love to work with him when the timing is right:

“I’ll give truthful answer… The reason why I haven’t collaborated is because he don’t want to get washed [laughs]. No, I don’t know, but I’m a huge fan of him and his talent. I’m looking forward to collaborating one day. He’s animated, Ilike the animation. And he just respects the craft of rap. at this time – that’s all I’ll say on that.”

Details on a possible tour

Minaj kept quiet on any concrete touring news, but appeared to confirm that she would plan performance dates around her new album:

Barbz have been bugging Minaj for details on a documentary about her life for some time now. While Minaj wasn’t able to confirm any details on the project, she told fans to expect “groundbreaking”:

“Yes, I promised you the doc is coming. you don’t have to ask me about it every day,” Minaj joked. “I told y’all it’s coming. You know it has to come at a certain timing… timing is everything.”

“It will be groundbreaking for a few reasons,” she continued. “It’s an instant classic. Instant fucking classic!”

“There’s one – ugh there’s so many,” Minaj said in response to a fan tweet. “But there’s one, I know if I play it for y’all you’ll fucking spaz! We warmed it up with ‘Yikes.'”

Minaj added that she definitely knows the title of her new album, unless something “drastically changes” in the near future.

I have the title already. ? https://t.co/Wd1ahK9aAf

Reaction to the success of “Yikes”

Minaj made it clear to fans before the release of “Yikes” that it wouldn’t be an official single. Despite not delivering an accompanying music video or scheduling a promotional performance, the track managed to reach #1 on US iTunes and the Top 5 of Apple Music.

.@NickiMinaj says #Yikes will not be an official single.

Minaj promises fans that the real single will be accompanied by a music video. pic.twitter.com/lPM15wumT9

When asked if she expected “Yikes” to chart as well as it did, Minaj said it was a complete surprise to her:

“That just goes to show that my fans are the best,” Minaj continued. “11 years in, still breaking records, come on!”

What was your favorite moment from the latest “Queen Radio” episode? Share your thoughts with us on Twitter at @PopCrave!