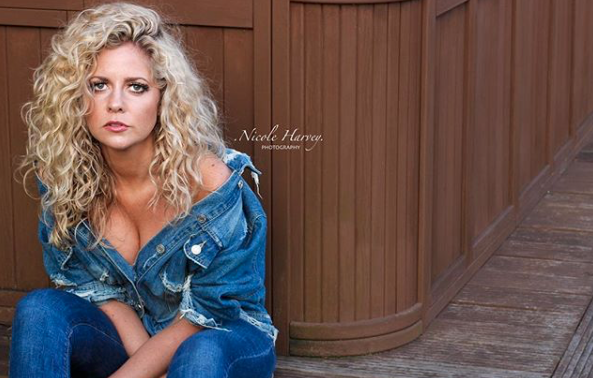 A video of a woman on the subway slaying Lady Gaga‘s “Shallow” has gone mega viral on Twitter with millions of views, prompting Little Monsters to do some more digging on the stranger’s background.

This guy challenged strangers to ‘finish the lyrics’ and this woman passing by started belting out Shallow like she was performing at the Oscars, literally flawless ?

The woman’s name is Charlotte Awbery, and it turns out she’s been a professional singer for quite some time now. Awberry‘s official Instagram page – which has since seen a massive boost in followers – features a slew of star-making covers of tracks like Prince‘s “Purple Rain,” Celine Dion‘s “Love Is On The Way” and “Never Enough” from ‘The Greatest Showman.’ Her latest post, a stunning rendition of “Somewhere Over The Rainbow,” has seen a major influx in views since the viral subway video:

Awbery‘s look is drawing comparisons to Princess Diana, Olivia Newton-John and Bebe Rexha, while her vocals are being described as “better than Gaga” and on the same level as Celine Dion.

It turns out that Awbery already has some practice performing Gaga‘s discography. Check out this incredible video of the singer performing “I’ll Never Love Again” from the “A Star Is Born” soundtrack below:

Stan Twitter is now rooting for the singer to sign a record deal following her viral success, with some users tagging labels and artists in her comment section. Other users joke that they’ll be shifting their support away from Gaga and over to Awbery until they get some concrete news on #LG6.

PSA: this is a Charlotte Awbery stan account until March

With thousands of new Instagram followers and the support of Stan Twitter behind her, we’re definitely curious to see how Awbery takes advantage of this momentum for her career. Let’s hope Gaga sees the video and gives Awbery the recognition she deserves online!

Check out Awbery‘s performance of Sia‘s “Chandelier” as well as other amazing covers on her YouTube page below:

Do you think Awbery could score a record deal following her viral video? Share your thoughts with us on Twitter at @PopCrave!