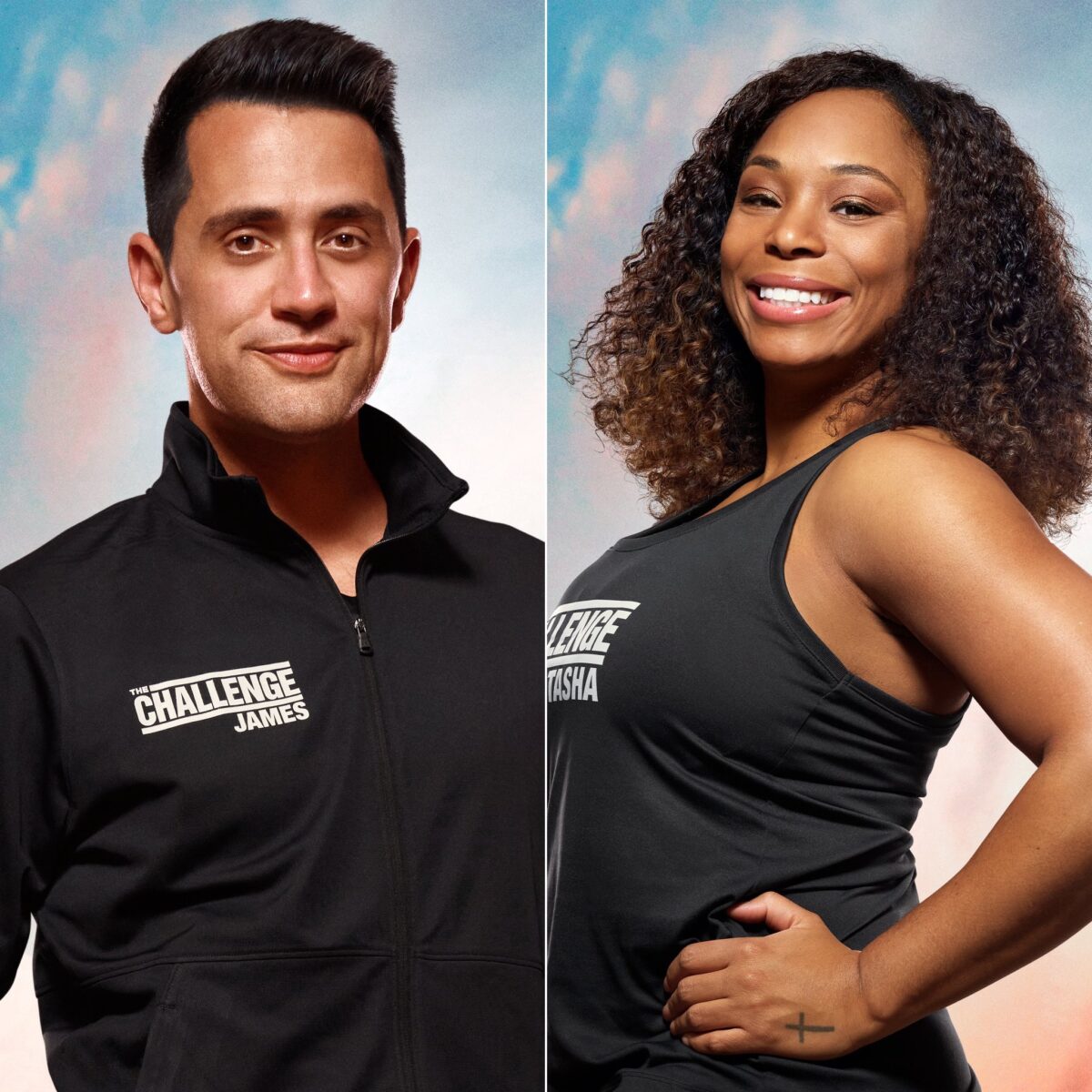 Wednesday night served us another entertaining hour of television thanks to this week’s episode of The Challenge: USA. Following last week’s elimination of Tiffany Mitchell (Big Brother 23) and Cashel Barnett (Love Island USA 1), the algorithm twist reset and new pairings were randomized for the third week of the game.

Among the pairings were daily challenge winners Kyland Young (Big Brother 23) and Angela Rummans (Big Brother 20), and Domenick Abbate (Survivor 36) and Cashay Proudfoot (Love Island USA 3), who were ultimately chosen to go into elimination by the Big Brother duo. Abbate and Proudfoot’s competitors were none other than James Wallington (The Amazing Race 32) and Tasha Fox (Survivor 28, 31). The pairing appeared to be a formidable threat going into this week’s daily challenge, especially considering Wallington’s performance in last week’s elimination. This week, the contestants faced off in ‘Hang on Man,’ a relentless test of balance and endurance that host T.J. Lavin referred to as a real-life version of ‘Hangman.’ In the end, Fox couldn’t keep her balance long enough while holding a weighted rod and dropped first, earning the duo their spot in The Arena for this week’s elimination challenge.

Pop Crave had the chance to catch up with James and Tasha following their elimination. Keep reading for our full exit interview with this week’s casualties on The Challenge: USA!

Pop Crave: We saw on James’s Twitter last night that you two met at the Survivor: Cagayan finale back in 2014. James, how did it feel to have a full circle moment of pairing up with Tasha on The Challenge, and Tasha, do you think being partnered with someone who knew you so well as a gameplayer helped your dynamic as a team?

James: Yeah, I was so excited to be partnered with Tasha! The moment we got to the house, it was one of those things where we were like, “We know each other! We’ve met before!” It was really nice to reconnect after all that time. When the algorithm did pair us, I thought we were going to work really well together. We both have a similar approach to competition, we love to compete, we love The Challenge, and we just have a similar spirit where we can pull out the best in each other. I loved that full circle moment, and I thought Tasha was a great partner for me.

Tasha: Yeah, same here. On Day 1, Sarah and I were talking about who else we could pull into the Survivor fold. We loved the Amazing Racers, so I think Sarah and I approached James on Day 1 like, “Hey! If you guys are looking for a home, you have a home with Survivor,” so we already formed our connections on Day 1. In regards to the challenge pairing, I was happy to be with James. Anytime you’re going to a challenge, you want somebody that you can communicate well with and who has a positive attitude. When I prepare for the challenge, like just waiting for your turn, some people joke, talk, and play, but I literally say nothing. I just dial in on what I need to do in the challenge, and James was like that too. He was always serious and focused when it came to the competitions, and so I really liked having James as a partner.

James, you survived your first elimination with Cayla in episode two, and that clearly showed the house your capabilities as a player in the game. Did winning that elimination strengthen your relationships in the house, and how did you feel you were with everyone socially coming into this week’s challenge?

James: I think just as a The Challenge fan, to say I won an elimination was so exciting. That was my biggest fear, going into The Challenge, was going into an elimination. To have been able to do it and then come out victorious was an exciting moment for me as a fan, but also as a person and my growth as a human being. It definitely helped solidify my relationships in the house, because I do think I was an underestimated competitor. Despite having a winner’s title from The Amazing Race, I don’t think people really looked at me as a strong competitor. I know that even Cinco was trying to get himself nominated to go against Cayla and I in that second elimination, because he thought we would be an easy beat, but he quickly realized that that challenge was made for Amazing Racers. It’s all endurance and there was a memory component to it, so I definitely think I brought a little bit more respect to my name in the house. People were like, “Ooh! James is already good socially, but now he’s physically proving himself!” I loved that moment. Even though I was eliminated early, I can say I at least won something.

Tasha: There definitely was a hierarchy when it came to the Survivors. For me specifically, I had a really good relationship with Sarah and Ben, but then on the other hand, I was also tight with Shan and Desi. I was kind of playing both sides, just trying to solidify myself within the Survivor alliance. The crazy thing was everybody on the show were great people. You were having conversations outside of your show that were genuine conversations, so we were getting tight with the Love Island girls, some of the Big Brother people, and you can kind of see that. Angela and Tyson had their own little thing going on in addition to Survivor, so it’s going to get really, really hairy [laughs]. Trust me, it was already starting to get a little crazy. People would see you having conversations, and they really started questioning who you were loyal to from the beginning.

James, I’ve known you and your husband, Will, since I was a preteen! I used to watch your spoof series called Big Sister and absolutely loved it! Knowing that you’ve been such a reality TV fan for so long, how rewarding has it been over the last couple years to finally be living your reality TV dreams?

James: It’s very surreal… I try not to get emotional about it… It’s weird because watching reality TV growing up, I was able to identify with someone who was like me. It made me feel not alone. To know that now I’m on the other side, and I’m a voice who can represent the LGBTQ+ community, it’s a weird and full circle moment for me. I will continue to keep doing this over and over again. If I keep getting a phone call, I won’t say no. I love being a part of these shows, I love meeting new people, I love testing myself and proving that I’m a fighter. Thank you for the kind words. I’m very appreciative and don’t take these opportunities for granted at all. I’ve applied so many times to make this a reality, and to finally be in it and living it is a dream come true.

There’s still a bunch of CBS shows left for you to do, so…

We saw a few players on last night’s episode say their strategy was to put the players perceived as weak into elimination to better their chances at having a strong partner week-to-week. Had you remained in the game and won a daily challenge, would your strategy have been similar or did you view the strong players as a threat?

James: I don’t know if Tasha knows this, but if I had stayed, there was already kind of a plan in motion for the perceived weaker players to ban together. Alyssa and Derek X had actually approached Cayla and I, and they said, “I feel like we’re kind of the misfits. I feel like we’re kind of overlooked in the competition. What can we do? How can we work together to make a name for ourselves and actually go further in the competition?” I think if I had stayed, I probably would’ve worked more closely with Alyssa and DX to kind of play the fences there a little bit more. I don’t think the strategy of keeping the strong players was the smartest. We’ll see if it ultimately pans out, because that seems to be the theme, now, going forward. One thing I loved about Shannon, and she said this in one of her pre-interviews, is that you can’t underestimate the underdog. I think people who are being perceived as underdogs are rising to the top and showing why they’re not to be messed with. Cashay is a prime example of that, and so is Dom. I’m so proud. As much as it sucked to lose, I’m excited that Dom and Cashay were able to prove people wrong. I hope they go back into that house and shake things up.

Tasha: I think for me, on The Challenge you can see that every challenge is different. If you’re a great swimmer, you might be great on this challenge, but if you know math, you don’t have to be physical to know math. It just depends on the challenge. What they perceive as strength could be a weakness in future challenges. 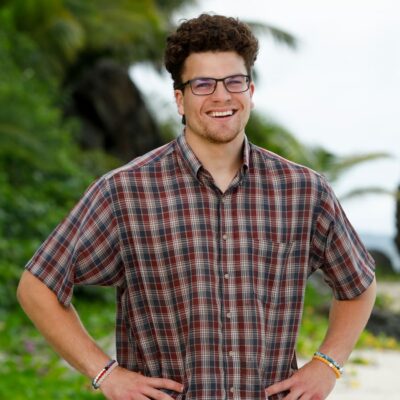 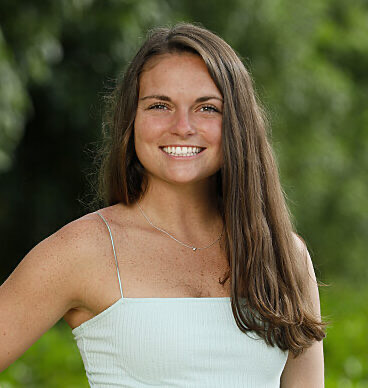 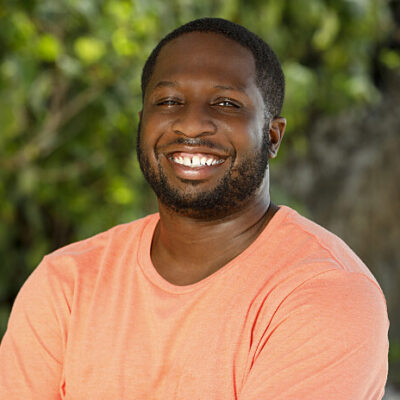 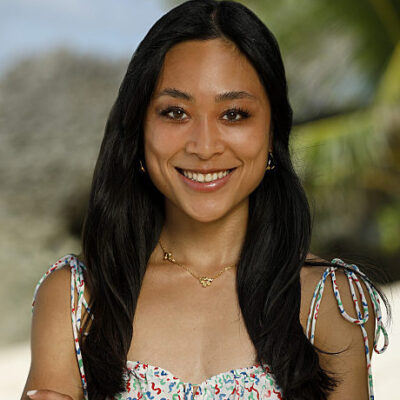