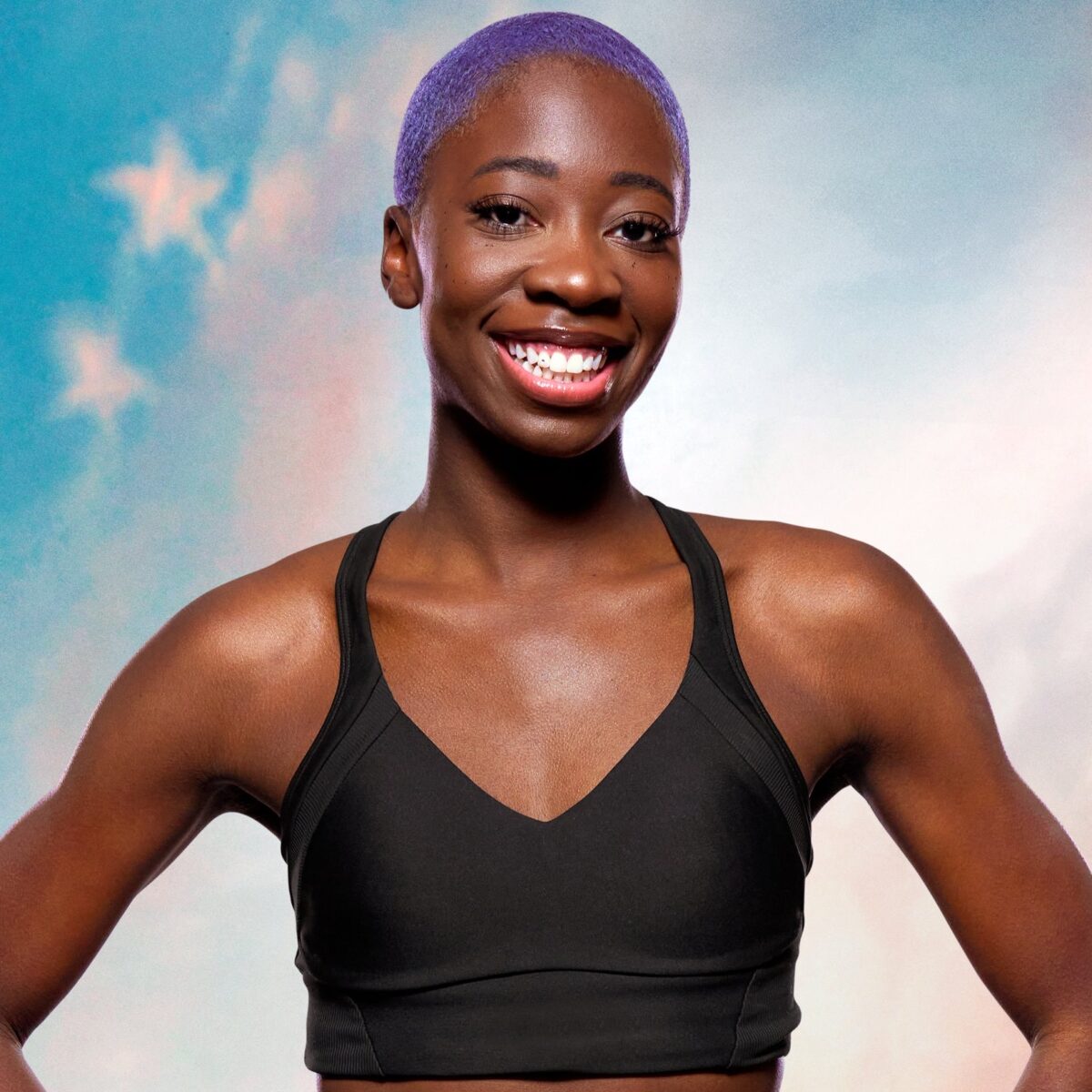 With just a few weeks left until the final, the contestants of The Challenge: USA are doing whatever they can to ensure their spot at competing for the $500,000 grand prize. For Survivor’s Danny McCray, that meant weighing two options that could either make or break his game.

After winning his first daily challenge of the season alongside fellow Survivor Desi Williams, Danny had a decision to make: play it safe, or take a risk. To Danny, playing it safe would entail throwing Love Islander Cashay Proudfoot into elimination, while the risk would be honoring Survivor winner Sarah Lacina’s wish of facing Big Brother’s Alyssa Lopez in the elimination round. In the end, Danny chose to preserve his newfound alliance with Alyssa and Angela, hoping it would ensure himself safety in next week’s men’s elimination.

Unfortunately, that meant Cashay would face Sarah in the Arena, which proved to be an especially gut-wrenching match-off after learning of the bond the two had formed throughout the season.

Following two rounds of a speed-based challenge called ‘In a Roll,’ Sarah reigned victorious, leaving our fan-favorite Cashay as this week’s casualty.

Pop Crave spoke with Cashay following her elimination about her performance throughout the season, that chaotic daily challenge, her relationship with Sarah, and more. Keep reading for the full exit interview!

You won a daily challenge, an elimination, and almost made it to the final. Did you expect to perform so well going into the season?

God, no! Oh my God, no! I have two dislocated knees. I never thought that I would make it that far, but I knew that I was going to surprise myself. I feel like no matter what I do in my life, I’m always like, “Damn, I did that?” I’m just excited that I shocked myself more than I thought I could or would!

We saw the Fab Five in last night’s episode. Did that form early on or later in the game?

So for me, with the name “The Fab Five,” I didn’t really think it was that serious. We were on a boat on our day off, and Sarah’s like, “We’re the Fab Five!” I was like, “Fab Five!” I did a cheers, and they were like, “What are you doing? Why did you just shout that?” That’s how it spread, but I just didn’t really think it was that serious. Desi and I did not have a friendship. We weren’t close, we never talked game, so I didn’t consider her in my alliance. Justine is Love Island. Sarah, I trusted and had her back heavy. I love Cayla and trusted her. To me, I was always working with those girls and not Desi… No matter what, I did not trust her. I think it was probably vice versa because when it formed, it just kind of became a thing. It wasn’t as much of a thing as the edit made it look, I think.

During this week’s daily challenge, we saw Sarah get pretty flustered after seeing Angela and Alyssa sabotage her board. How tense was that moment, and do you regret the Fab Five not sabotaging them back to avoid going against Sarah in the elimination?

I definitely wish Desi stuck to the plan and had Sarah’s back and our alliance’s back more outside of the challenge. But in the challenge, I wish we would have talked about an actual game plan. I wish there was an actual leader, because all of us are just like, “Should we? What should we do? Where do we put this? How do we do this?” It wasn’t like, “Hey, okay, out of the five of us, you’re gonna win. You’re gonna have our backs. All four of us, we’re gonna put all of our blocks in this one person’s spot.” If there was one person that said that, I think we could have easily sent in Angela. There’s no reason why five girls couldn’t get it done and two girls did.

Were you surprised to see yourself thrown into elimination, or did Desi let you know beforehand?

Desi and Danny pulled me aside. They both told me before I went in, so I was not surprised. That’s why you saw me like, “Alright, let’s do this!”

We saw an unexpected friendship between you and Sarah. How did that bond form and grow throughout the competition?

I just love Sarah! When I first met her, I did not understand her humor. I don’t understand sarcasm; it goes right over my head. I think once I finally understood her humor, I’m like, “Wait, you’re hilarious!” Immediately, we just formed a bond because whenever I felt sad, I’d go to her. We joke around a lot, we prank, she loves to dance. We just had such a good time. We had one conversation that changed the trajectory of our friendship, and that’s when we just started to understand each other more as people.

You said you felt pretty good going into this elimination since it was based on running. Do you think you could have pulled out the win had you figured out how to move the wheel in the first round?

Based off your social media posts, we’ve seen you form tons of friendships from the show! Coming into the competition, did you expect to form such close relationships with your competitors?

Yeah, I absolutely did! I love making friends, and that’s just something I knew I was going to leave with. I’m like, “Wait, I kind of want you in my life!” I feel like that’s always a good part about having an experience, just having someone that you can bond with and talk to outside of that.

Would you ever do Big Brother, Survivor, or The Amazing Race? 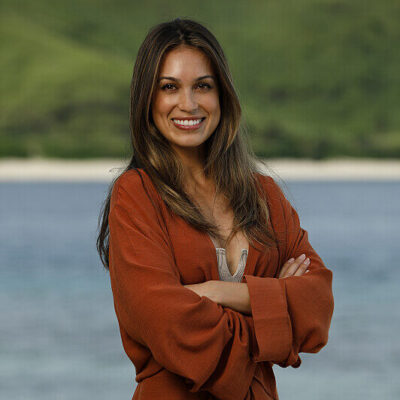 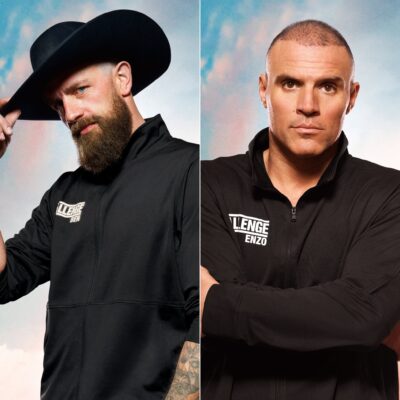 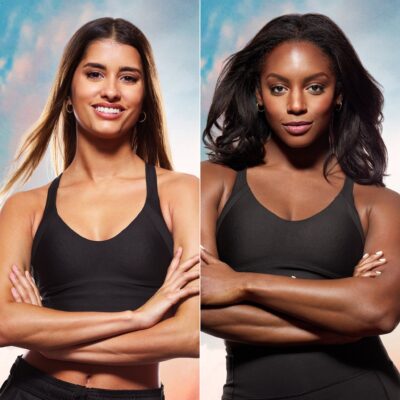 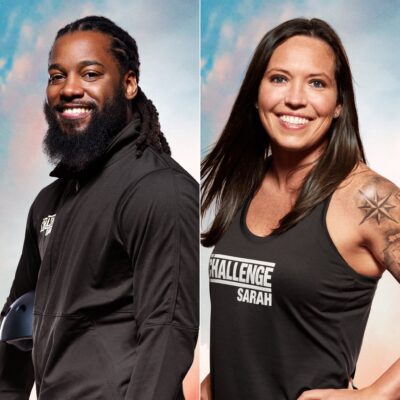