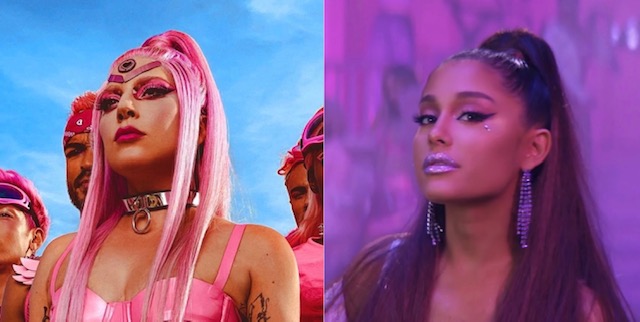 While it’s unclear as to who originally started the rumor, fans are crediting a host of “reliable insiders” (one of whom is named Mr. S) from online forums such as ATRL for breaking the news. Such forums have been the go-to source among Little Monsters for details on Gaga‘s ‘Chromatica’ (then known as ‘LG6’) over the past couple years. For perspective, these “insiders” have correctly predicted Max Martin‘s involvement on the project as well as the release date of “Stupid Love” and its music video.

Fans are also lending credibility to Twitter user @insyncTW, another “insider” who says Grande and Gaga are collaborating on both a song and music video. Users claim this account is trustworthy thanks to accurate predictions in the past, but keep in mind that they could also be a fan who’s simply copying and pasting what they gathered on forums.

Little Monsters have also noticed that Gaga is following Grande on Instagram, a big deal to fans considering she only follows 48 people total and two other pop stars (Rihanna and Kesha). Additionally, a quick look at Gaga‘s recent Instagram posts shows that Grande has liked every photo related to the ‘Chromatica’ era so far.

And in a weird twist of events, other fans are crediting Abby Lee Miller of the hit reality series “Dance Moms” for accidentally spilling the beans. In a recent Instagram post, Miller claims to have seen both Grande and Gaga at a rehearsal studio in Burbank, California. Both Justin Bieber and Jojo Siwa‘s rehearsals also happened to be taking place there too, though, so let’s take this rumor with a grain of salt.

I went to visit @itsjojosiwa & @richysquirrel and all the fab DREAM Tour dancers in their rehearsal, but I got a little lost on the way… rolled right into Bieber’s rehearsal first then almost rolled over little miss @arianagrande ! I was making my way to @ladygaga when security caught up to me! Lol . . . . . #dreamtour #abbyleemiller #abbyleedancecompany #LA #ALDC #aldcla #abbylee #dancemoms #season8

Whatever the outcome is, we’re going on the record to say we’d LOVE to hear a collaboration between Gaga and Grande. Just imagine the music video, live performance and fan edits!

What do you make of these new rumors around a Gaga/Grande collaboration? Share your thoughts with us on Twitter at @PopCrave!

6 Mashups Of Doja Cat's "Say So" You Need To Hear 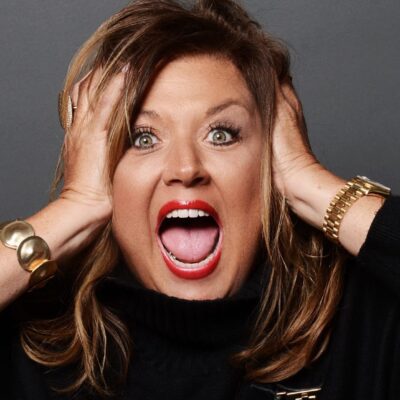