Review: “Rain On Me” by Lady Gaga & Ariana Grande 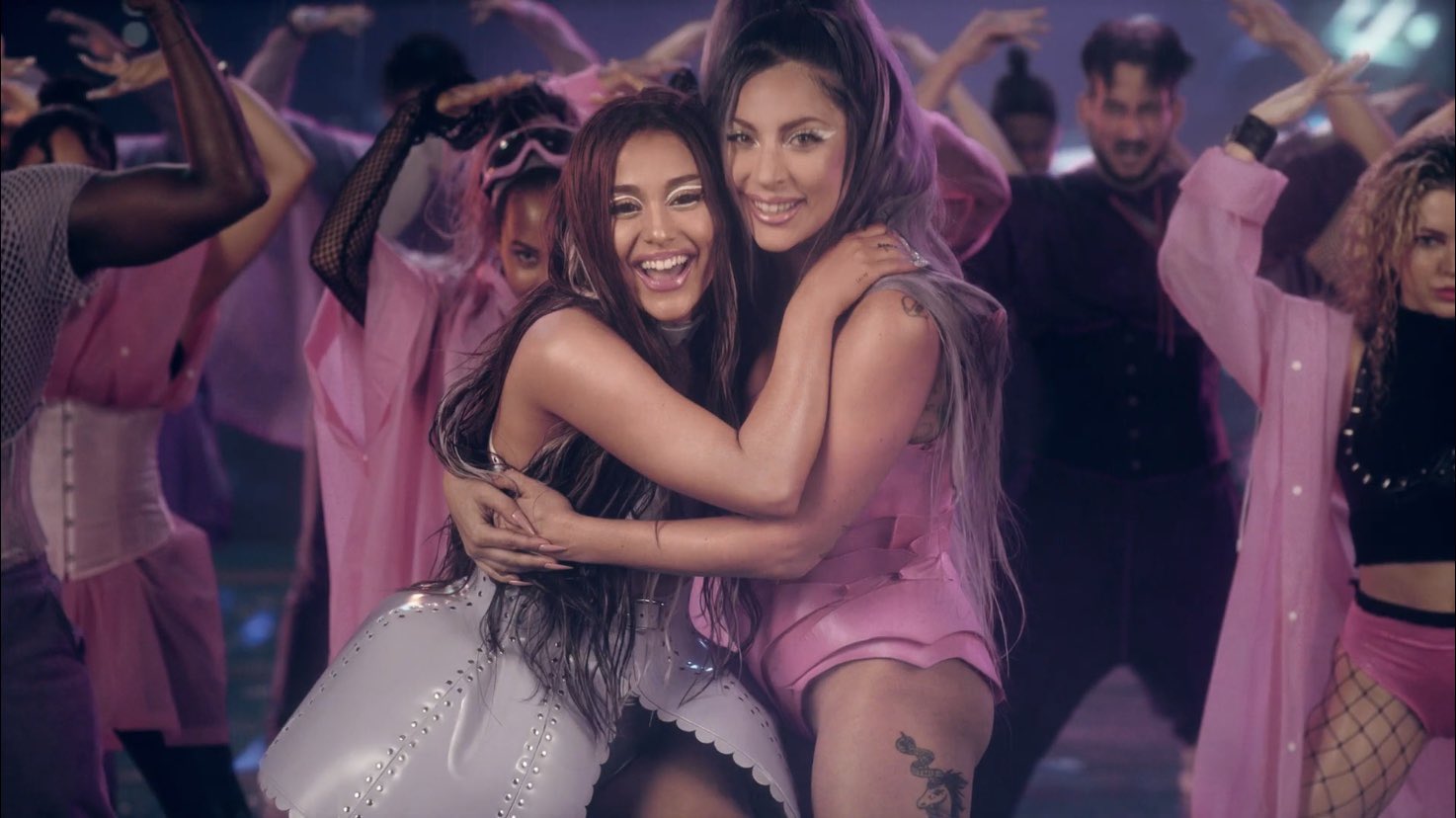 Lady Gaga & Ariana Grande tower over the pop world with their new collaboration, “Rain On Me” which serves as the second single from ‘Chromatica’ out May 29th. The track is 3 minutes and 2 seconds of pop-disco heaven that invites listeners to get up and shake their personal struggles away. From the first verse, Gaga contemplates life’s many hardships that’ll have Little Monsters drawing connections to the singer’s bouts of depression, drug abuse & even her hip incident from 2013. This is evident with lyrics such as “I only asked you to show me a real good time, I never asked for the rainfall” delivered with vocals reminiscent of her ‘Born This Way‘ single, “You and Ï.”

Ariana Grande joins the pop titan on the second verse to highlight the importance of accepting reality in order to cope with life on lyrics such as “Gotta live my truth, not keep it bottled in, so I don’t lose my mind, baby, yeah.” Grande has experienced many struggles throughout her career such as the Manchester attack, the death of Mac Miller & her called off engagement, among others. Rather than shrugging off the emotional labor like she did on her ‘Sweetener’ lead single, “no tears left to cry,” Grande learns to embrace it with open arms on “Rain On Me.” Gaga & Grande physically met up in the studio to record “Rain On Me,” and this collaborative effort really shows on the final product. With Gaga‘s trademark robotic voice stylings and Grande‘s airy, delicate notes, the pair manage to cater to their direct fanbases without veering off too far stylistically. The result is a song that’s both modern and timeless, one that could’ve seen equal success during the height of Madonna and Whitney Houston or even Gaga‘s early career.

“Rain On Me” was co-written by Lady Gaga & Ariana Grande alongside Boyz Noise, Tchami, & other top EDM names. With production credits from BloodPop & BURNS, the song is an excellent teaser for ‘Chromatica’ that shows Gaga is ready to play the pop game. While some may argue it’s too straightforward for her punk brand, “Rain On Me” succeeds in capturing the magic of Gaga‘s escapism pop and bringing it into the year 2020.

Watch the official music video for “Rain On Me” below: