This past summer, while concert venues and performance spaces all over the world were shut down due to the COVID-19 pandemic, ØZI was getting ready to step on stage in front of 15,000 people in Taiwan. Health restrictions had been lifted due to the country’s effective response to the pandemic, and the crowd at Taipei Arena was among the very few in the world that were able to experience live music in a crowded audience.

Since the concert, ØZI, who is a Los Angeles native, has only further spread his talents throughout the Taiwan music industry, having released his sophomore album, “PEDESTAL”, on February 25. A follow-up to his award-winning debut album in 2018, the 8-song project features the singer’s smooth vocals, paired with the perfect blend of both English and Mandarin lyrics.

“PEDESTAL” is not ØZI’s first solo accomplishment, however. As previously mentioned, his debut album, titled “ØZI: The Album”, garnered him a Golden Melody Award, the Taiwanese equivalent to the Grammys, for “Best New Artist” in 2019. This impressive feat led him to be named “Man Of The Year” by GQ Taiwan.

With his nearly half-a-million monthly listeners on Spotify already eating up his new album, PopCrave caught up with ØZI on his upbringing, the inspiration behind his new music, and the difference between music markets in America and Taiwan.

WHAT WAS YOUR UPBRINGING LIKE AND WHAT LED YOU TO MUSIC? WAS IT ALWAYS SOMETHING YOU HAD WANTED TO DO?

Being raised by a very artistic and musical family, I feel like I was born into music and art. My father was a known fashion photographer and my mother was a popular singer-songwriter, so I spent a big part of my childhood at my father’s photography studio and the backstage of my mom’s concerts. I learned a lot just by watching them work, and I guess eventually, their passion became a part of me. Back then, I’d use my mom’s spare studio time to record my own songs, and ask her engineers and producers questions about sound design and mixing. I also used to shoot music videos for myself with all the lighting equipment and backdrops in my dad’s studio. So blessed to have such inspiring and supportive parents.

YOUR MUSIC HAS A REALLY INTERESTING MIX OF A WESTERN HIP-HOP SOUND, PAIRED WITH A MIX OF ENGLISH AND MANDARIN LYRICS. WHAT INSPIRED THE SOUND OF YOUR NEW ALBUM, ‘PEDESTAL’?

I see language the same way I see drum samples and instruments. Whatever I feel like sounds best for the song is what I’ll use to deliver my melodies and emotions. I take advantage in being able to use two languages in my songs; it allows me to highlight the duality of my heritage as an Asian American artist.

As for what inspired the sound of “PEDESTAL”? Well, I try not to overthink when I make music. Like the same way I use languages, I let my feelings guide my creative process. The album is very much a log of footprints in my journey of exploration, challenging myself to find my identity as an artist, while staying authentic and true to my feelings.

WHAT WAS BEHIND THE CONCEPT OF THE MUSIC VIDEO FOR “LUFU”, THE ALBUM’S FOCUS TRACK?

Being in a toxic relationship, you feel like you’re floating in love but suffocating at the same time. That’s what inspired the video. It’s me drowning liquor and inability to get out of love. GSoul talks on the payphone with no one on the other end. Arin gets fed up with his girl’s verbal abuse. This video, shot by 4 different teams in 3 different time zones, talks about the flirtatious relationship between love and pain.

HOW HAS IT BEEN PERFORMING YOUR MUSIC FOR HUGE AUDIENCES IN TAIWAN WHEN THAT’S NOT SOMETHING A LOT OF ARTISTS IN OTHER COUNTRIES CAN DO RIGHT NOW?

It really put things in perspective for me. I was on a call with my LA team hearing about clubs, tours and my favorite festivals being shut down right before I was about to grab my mic for my show at the Taipei Arena for 15,000 people… my stomach sank as that info hit me. “I can perform during this pandemic”. Really understanding how rare these moments are right now, every sense was amplified from the crowd noise to the way the stage lights hit, I could just feel and appreciate every detail. We are all living and working through some crazy times and all I can do is express gratitude for the safety of my family, the people that come out to the shows to represent, and proud and thankful that we, as a collective, were able to keep things from getting really out of control.

YOU RELEASED YOUR FIRST ALBUM, “ØZI: THE ALBUM”, IN 2018. HOW WOULD YOU SAY YOU’VE GROWN, BOTH AS AN ARTIST AND AS A PERSON, SINCE THAT ALBUM’S RELEASE?

My debut album in 2018 was a step to finding my voice in the Mandarin pop music scene. I’m really grateful for that album, which led to 7 GMA nominations and “Best New Artist of the Year” which is the Grammys for Mandarin music. The learning curve shot up with every opportunity; international music industry 101 hit me really quickly. Over the last few years, I met a lot of incredible artists, producers, and A&Rs who have really expanded how I song-write, produce, direct, and be able just toggle different A&R perspectives right on the spot, which helped my work ethic and how I work with teams grow. I’ve learned how collaboration is key in every aspect of this industry. I’ve also been challenging myself every month to do things in ways I haven’t done before, and keeping that mental exercise consistent has really helped me grow.

It’s hard to give a general answer to that, just because the U.S. is geographically so much bigger than Taiwan; I’d compare differently depending on where in the states we’re talkin about. Generally speaking though, I think the U.S. has so much variety in culture that I feel like anything authentically unique can work when marketed the right way. The Mandarin music scene feels relatively more systematic and algorithmic. Not in a bad way though. Just different. The general public seem to like specific chord progressions, played by specific instruments, in a specific range of bpm, mixed a certain way; It’s like asking the waiter for your regular. With the following I have here, I like to stimulate my audiences with fresh sounds with every record I make. It is a challenge not only for the audience, but also for myself to keep a balance and find what’s best of both worlds.

YOUR STYLE OF MUSIC MAY BE NEW TO A LOT OF PEOPLE IN THE US, WHAT DO YOU HOPE THEY THINK OF WHEN GOING IN TO LISTEN TO YOUR MUSIC?

I feel like there is so much organic culture from my city, almost like a subculture of its own. I wanna let the world know more about it through my music. And by that, I don’t necessarily mean preaching it through my lyrics or the instruments I use per say, but grabbing the attention of everyone that comes across my songs and spark their curiosity to learn more about me, my journey, and my culture.

IT SEEMS LIKE YOUR CAREER HAS REALLY TAKEN OFF WITHIN THE PAST YEAR, WINNING THE GOLDEN MELODY AWARD FOR BEST NEW ARTIST AND BEING AWARDED MAN OF THE YEAR BY GQ TAIWAN. WHAT DO YOU LOOK FORWARD TO NEXT AND DO YOU HAVE ANY GOALS FOR 2021?

To be honest, the only thing I’m looking forward to is for the pandemic to end ASAP so that I get to travel around the world to perform and share my music. In the meantime, I’m inspired, focused and working 24/7 exploring the craft. I’ve been in with some insane producers like GroovyRoom who just recently had a #1 song in Korea, and have been producing a new artist sunkis for my label collective Forbidden Paradise. Goals for 2021? Spread love and creative energy every damn day. 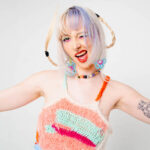 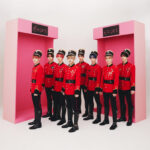