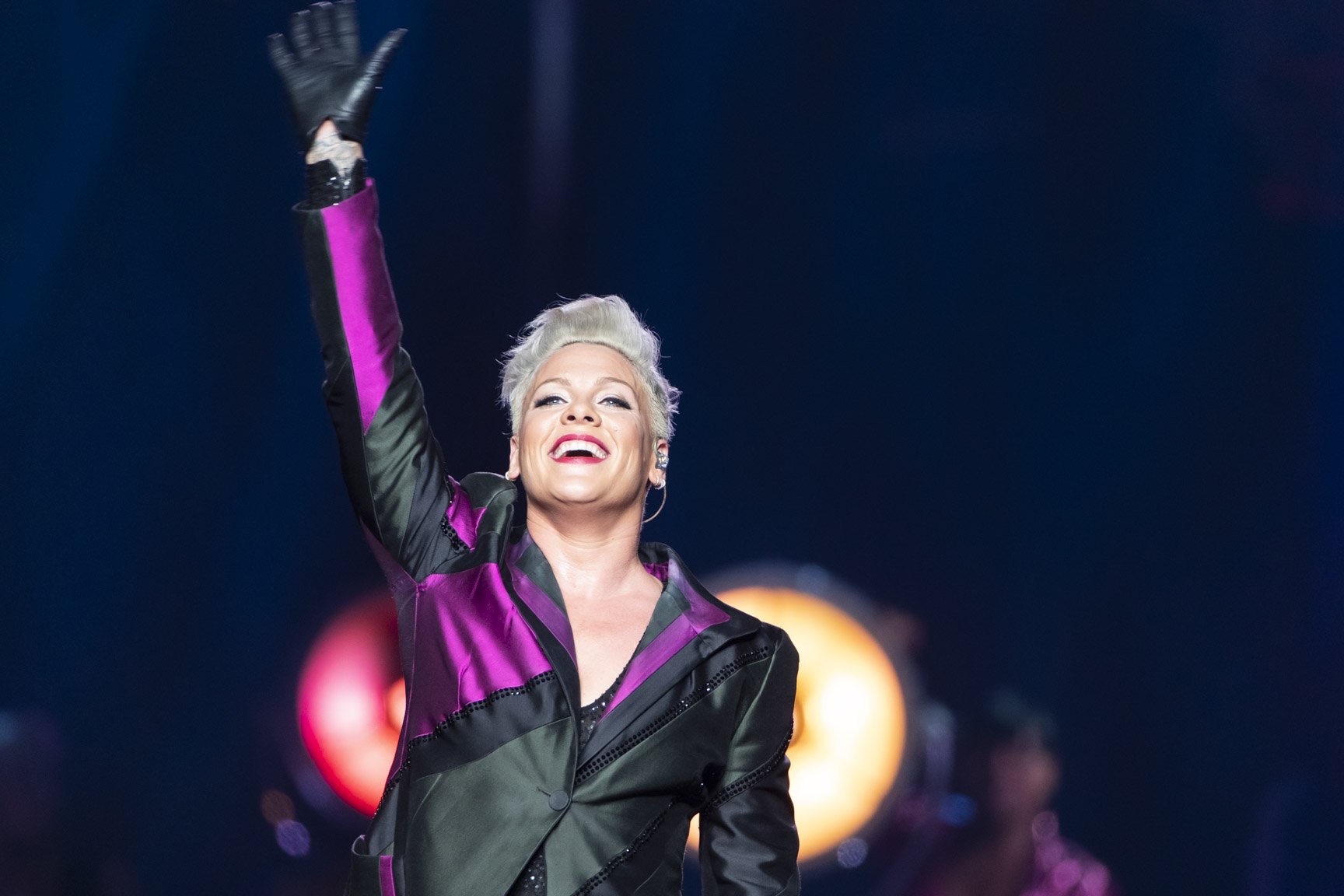 Every musician has certain metrics where they excel. Some musicians are traditional album sales artists. Some are singles artists, snatching number ones on radio with ease, and in 2019, more and more are streaming artists. But only a select upper echelon are touring artists, selling out stadiums and arenas across the globe regardless of an era’s commercial impact or sound. Last week, at night two of a sold out run at Madison Square Garden in New York, pop-singer P!nk proved she is the embodiment of the modern touring artist.

She raddled through highlights of her extensive catalogue of hits like “Raise Your Glass,” “Perfect,” and “Get the Party Started,” along with cuts from her most recent albums Hurts 2B Human and Beautiful Trauma.

She moved through the high energy set with impeccable vocal and physical stamina, something audiences  worldwide have come to expect of the entertainer. Vocally, she was as powerful if not stronger than on recording and proved to be a physical marvel, flying above the crowd and serving a full acrobatic show within a concert space.

The set design was eclectic, ranging from twisted fairytale to lavish mansion, and took every opportunity to let P!nk fly (swinging chandeliers, soaring beds, you name it!). The stage design also utilized projections, which added context to the evening. During one interlude, a montage of early interviews and anecdotes were inter-cut with instances of her humanitarian work, putting on display the fact that P!nk has been preaching self-love forever, even before it was cool.

The night ending with a triumphant rendition of signature smash, “So What,” which included some of the most daring acrobatic work of the evening, followed by a double encore of the quieter fan favorite, “Glitter in the Air.”

Opener, Julia Michaels, did a great job warming up the crowd with her breakout hit, “Issues,” and new tracks off her recent release Inner Monologue Part 1.

While P!nk has been courting fans for nearly 20 years, if you haven’t been to a show yet you’re stanning P!nk the wrong way. The best way to understand all that is P!nk is to be sitting at the arena, but who are we kidding, you’ll be standing at the arena.

Little Monsters Are Ready and Willing To Work Retail for Gaga