9 Things We Want to See From “Miss Americana” 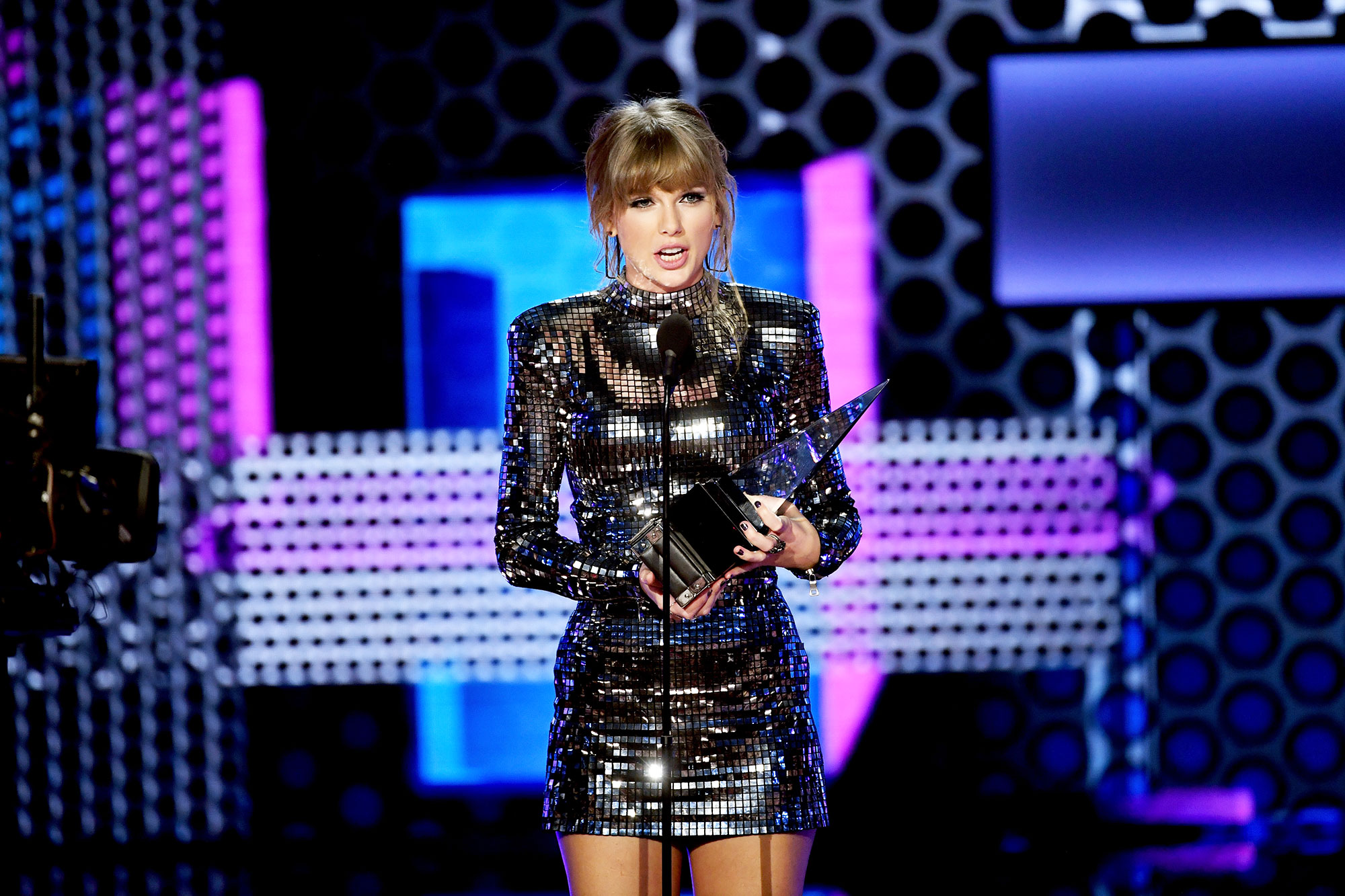 Over a decade into her career, Taylor Swift is finally blessing her fans with an official documentary on her life in the limelight – and it couldn’t come at a better time.

On Wednesday, December 6th, the annual Sundance Film Festival announced that “Taylor Swift: Miss Americana” would be a part of its opening day lineup on January 23rd before hitting Netflix streaming. Directed by Emmy-winner Lana Wilson, the documentary is described as a “raw and emotionally revealing look at one of the most iconic artists of our time” that captures a “transformational” period of Swift‘s life in which she embraces the full power of her voice.

Swifties are ecstatic about the new documentary, and understandably so when you consider the subject material at hand. Swift has hinted herself on Tumblr that the documentary will cover the past several of years of her life, meaning fans will likely get a glimpse of her world during the recording of ‘reputation,’ the stadium tour, the lead up to ‘Lover’ and perhaps even the ongoing situation regarding the sale of her master recordings to Scooter Braun. All in all, it might be the most revealing project Swift has ever made available to fans.

.@TaylorSwift13’s “likes” page on Tumblr confirms that her documentary, #MissAmericana will cover the past several years of her life. ? pic.twitter.com/5oea3AfAMg

With so much possible content to cover, Pop Crave looks at 9 things we hope to see included in “Taylor Swift: Miss Americana”:

Based on the title “Miss Americana” alone, it’s highly likely that Swift‘s documentary will tackle the evolution of her public image over the past couple of years. At the top of every Swiftie wish list for the documentary has to be the Kanye West and Kim Kardashian fallout, which saw Swift embracing her snake image with ‘reputation’ after a recorded phone call between Swift and West was released. Swift has made it clear that she’s over the drama once and for all (see: “I Forgot That You Existed”), but we doubt the singer would exclude such a huge part of her narrative from the documentary.

The Success of the Reputation Tour

Remember when everyone thought the highest grossing U.S. tour of all time was going to be a flop? In early 2018, the New York Post notoriously published an article claiming that Swift had yet to sell out a single venue for her “reputation” tour on the North American leg due to “greedy” ticket prices and the “controversial” Taylor Swift tix program. We’d love to get a behind-the-scenes look into the preparation for the tour, Swift‘s reaction to early sales reports, and hopefully some unseen concert footage in “Miss Americana.” Swift keeps her romance with boyfriend Joe Alwyn as big of a secret as she has with her upcoming albums. While the two have been photographed here and there on occasion, the relationship remains so low key that some fans speculate they’ve already tied the knot behind closed doors. While we want Swift to do whatever she thinks is best for her relationship, we definitely wouldn’t mind a surprise cameo from Alwyn himself in the documentary.

Arguably the most bizarre conspiracy around Taylor Swift ever arose in the summer of 2017 when Splash News snapped a photo of two men lugging a suitcase outside of the singer’s New York residency. The photo, innocent enough, had the following caption attached: “Taylor Swift being transported in a huge suitcase from her Tribecca apartment into her truck, in the trunk.”

Taylor Swift has reportedly been carried out of her house in this massive suitcase https://t.co/iIeamTRfFM pic.twitter.com/bdmZyIKIsB

The conspiracy theory that Swift had been secretly traveling in luggage to avoid paparazzi gained more steam after Zayn Malik told British Vogue that “she [Swift] was traveling around in a suitcase.” We hope “Miss Americana” will once and for all put this rumor to bed, or perhaps confirm what we’ve been thinking all along.

Appearances From the Squad

Taylor Swift has always made a point of supporting her fellow women in the entertainment industry, so there’s a good chance we’ll see some of her besties making a cameo in “Miss Americana.” We’d personally love to see appearances from her ride-or-die Selena Gomez as well as Camila Cabello, Gigi Hadid and Ed Sheeran. Lorde might be a bit harder to track down, but we’re still crossing our fingers.

At the height of the infamous Girl Squad era of the ‘1989’ album cycle, Taylor Swift and Karlie Kloss were the definition of BFFs. From their Victoria’s Secret Fashion Show dual appearance to 4th of July celebrations and much-talked about Instagram posts, the duo’s relationship became an important element of the Swiftie fandom and pop culture at large. Fast forward to 2019, though, and it appears the friendship has ended entirely.

Speculation that Swift and Kloss had cut ties began to heat up during the ‘reputation’ era after fans noticed a lack of public support on Kloss‘s part for the singer’s new music. Most recently, it was reported that Swift did not attend either of Kloss‘s weddings in October 2018 or June 2019. With Kloss signed to Swift‘s now-public enemy Scooter Braun, there’s a small chance we’ll see the whole friendship timeline finally explained in “Miss Americana.”

The Recording of ‘Lover’ and Transition to Republic Records

One of the biggest differences between the ‘Lover’ album era and ‘1989’ & ‘reputation’ is the notable lack of behind-the-scenes footage on the recording process. While ‘1989’ blessed fans with album voice notes and ‘reputation’ saw full videos dedicated to a handful of tracks, ‘Lover’ remains especially mysterious in regards to when it was recorded and where. With this being Swift‘s first album she’s ever owned, it’d only make sense for “Miss Americana” to give fans a glimpse into the work behind it as well as her thought process in signing with Republic Records for the new era.

Forget meet and greets, signed albums and selfies. If you’re a true Taylor Swift fan, then there’s no prize more coveted in the fandom than to be invited to one of the singer’s “Secret Sessions.” Beginning with the ‘1989 era,’ Swift began an album cycle tradition by inviting a handful of her most passionate fans to an uber-exclusive listening party at her various homes in the country. Some never before seen footage from the ‘Lover’ secret sessions (and Taylor prepping for the event) is near the top of our wishlist for the “Miss Americana” documentary.

“If reputation wasn’t your cup of tea, I am sure you will love LOVER” pic.twitter.com/m7b8N3nw8n

The Lead Up to the AMAs

Following the year she’s had, a Taylor Swift documentary wouldn’t be complete without footage that covers her ongoing feud with Scooter Braun and the sale of her master recordings. Swift made headlines earlier this year after calling out her former label head at Big Machine, Scott Borchetta, for going behind her back when he sold the master recordings of her entire discography (minus ‘Lover’) as part of a bigger merger deal with his label and Scooter Braun. The saga’s most recent chapter saw Swift reaching out to fans in a note claiming that Braun denied her request use past songs in her Artist of the Decade performance at the American Music Awards. It’s almost certain that Swift will address this situation in “Miss Americana,” though the extent to which she covers it remains unknown.