Is “Supalonely” The Next Breakout TikTok Song? 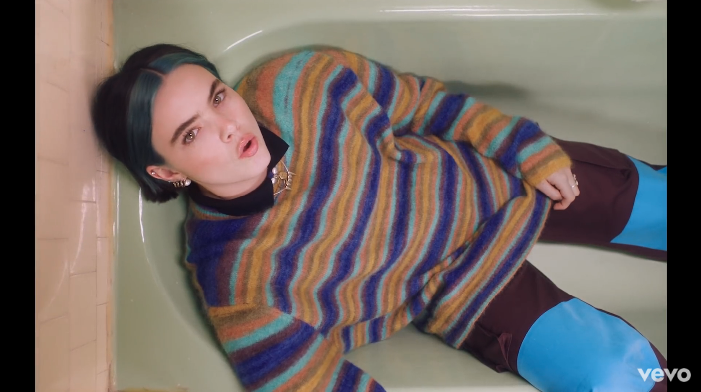 BENEE‘s viral TikTok hit, “Supalonely” has all the makings of a Summer 2020 smash hit in the US, and it looks like audiences outside of the app are starting to pay attention.

Similar to the way TikTok helped launch Doja Cat‘s “Say So,” Lil Nas X‘s “Old Town Road” and countless other tracks, “Supalonely” by BENEE featuring Gus Dapperton has been making waves on the app thanks to viral dance challenges. To date, the track has been used in over 4 MILLION videos among the likes of such TikTok giants as Charli D’Amelio, James Charles, and Emma Chamberlain.

BENEE, a 20-year-old singer hailing from New Zealand, dropped “Supalonely” with her 2019 EP, ‘Stella & Steve” in November 2019. Despite its title, the track stands out for its bubbly, sunshine-y production that’s matched with a perfectly quirky music video released in February. TikTok users built the official dance challenge around an ad-lib that kicks off the chorus in which BENEE delivers an agonized, yet somewhat cute, groan of frustration.

After making it big on the app in early March, “Supalonely” looks ready to break out to a wider audience with its playlist-ready sound. The irresistible chill-pop track just entered the Top 20 on US Spotify with over 665,000 streams while holding steady on Global Spotify at #22 with 2.26 MILLION streams. “Supalonely” also entered the Top 100 on the US iTunes Song chart this week.

BENEE‘s strong streaming numbers bode well for the track moving forward, while the track’s title alone may grab it more attention amid the Coronavirus scare and endless self-quarantine content. It also doesn’t hurt that her EP, ‘Stella & Steve’ is just a plain-great pop record. BENEE has already launched other successful tracks on Spotify like “Glitter” (47M) and “Soaked” (35M), proving she has a solid foundation to capitalize on the success of “Supalonely.”

If you’re a radio programmer reading this, it’s time to put “Supalonely” on your playlists ASAP.

Do you think “Supalonely” could be a Summer 2020 hit? Share your thoughts with us on Twitter at @PopCrave!