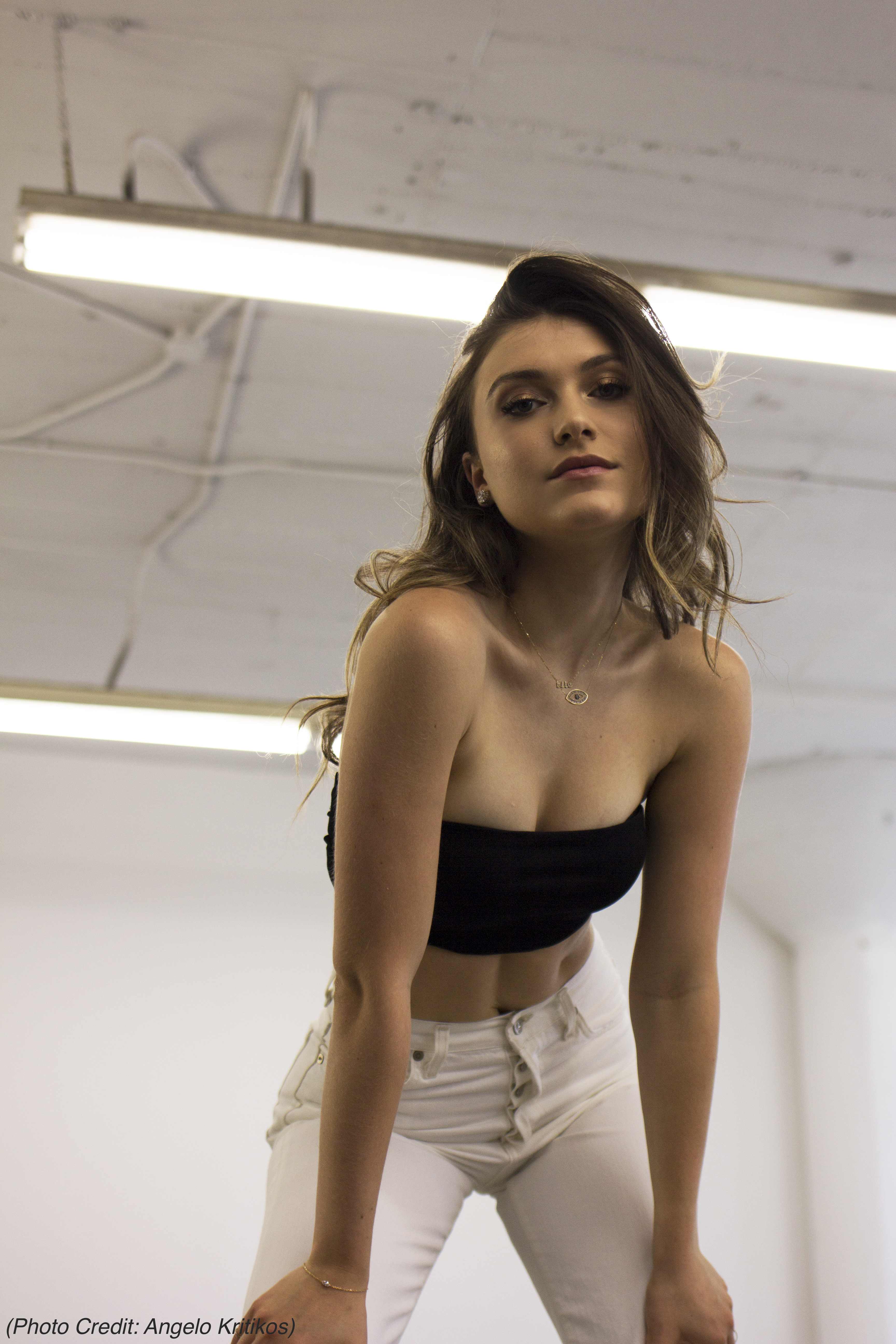 Once a month, Pop Crave puts on its A&R hat and shines a spotlight on a new up and coming artist. 2019 has been a busy year for Elle Winter. The singer-songwriter has already released two singles, “Do You” and “Sick of You,” and is now back again with her third track titled, “Cave In.” The 20 year old, NYC native got her start at age 12 when she was discovered by Radio Disney and took part in their “Next Big Thing” program alongside Chloe x Halle, releasing several singles and embarking on a national tour. There are no signs of slowing down for Elle Winter as she’s also emerged as an actor with roles in Three Generations and Netflix’s The After Party.

Her debut EP is set to arrive this fall and to say we’re excited is an understatement. Winter has worked with top notch production team,  The Orphanage (Demi Lovato, Alessia Cara) on majority of her tracks so we can expect her new music to have a  unique pop flavor. We caught up with Elle Winter to discuss her new single, “Cave In“, her musical inspirations, and changes she’d like to see in the music industry.

Where Did You Grow Up?  What Inspired You To Get Into Music?

I was born and raised in New York City. I have loved music for as long as I can remember, and I am lucky to have grown up in a city like New York that is a hub for music and entertainment, offering me several opportunities at a young age to embrace my love of singing and performing.

Tell Us About Your First Concert Experience.
The first concert I ever attended as a fan was… Dora the Explorer! I remember how much I had loved her character on television and how cool it was for 4 year old me to see her story come to life. My second concert as a fan was a Britney Spears show. Britney was one of my biggest influences growing up, so seeing her live was very inspiring for me. I remember being in awe of her dancing. My first show as a performer was when I was 10 years old. I performed a 40 minute set (original and cover music) with my band at the Bitter End in downtown NYC. I invited friends and family. It reinforced how much I loved performing and sharing my music with others!

Who Are 3 Of Your Music Inspirations?

Bruno Mars is super inspiring to me. Not only do I love his music, but I think he is an incredible performer with an infectious energy. I also love Ed Sheeran. I personally believe he is one of the greatest artists of all time, proven through his brilliant songwriting and authenticity throughout his entire career. Whitney Houston is another inspiration of mine. Her vocals and aura were truly exceptional and I learn so much from listening to her music! Finally I have to mention Stevie Wonder because he is one of my biggest musical inspirations of all time.

Tell Us About Your Newest Single “Cave In”. What Inspired It?

Lyrically, I went into the session with my producers The Orphanage with this concept about relationships that I had been thinking about for a couple of months. I wanted to write about the complexities of relationships. Basically, when we are at our most vulnerable toward the end of a relationship, we often allow an ex, who is not meant for us, back into our lives because the feeling of being alone is foreign and scary. I would watch this cycle happen to so many of my friends and family, who would re-enter toxic relationships and allow their ex a second chance.

At the end of one of my recent relationships, I was hopeful that I would get back together with this person. Months later, I ran into this person at an event and realized how lucky I was that we never reunited because I would have still been dealing with a relationship that did not make sense for either of us. “Cave In” is very reflective and is probably one of my most personal and intimate songs from my upcoming EP. I was lucky enough to have the talented songwriters Ricky Manning and Dale Anthoni in the session to work with me on this one too! What Do You Hope People Take Away From “Cave In” After Listening?

“Cave In” is a bittersweet song to me. After we discussed this concept of “caving in” during the session, I described the feeling I wanted the track to convey; this juxtaposition of happiness and sadness. The Orphanage brought this feeling to life through their production and I am still in awe of their ability to produce this feeling sonically. It is one of my favorite songs because it sends a message that things happen for a reason and although one can feel sad about ending a relationship it is usually for the best in the long run.

It definitely depends on the session. I usually like to come into the studio with a concept or a story from one of my own experiences that I then work on with the producer or possibly other writers in the session. Most times I like when a producer builds a track from scratch and I will let the mood and vibe of it guide my lyrics.

What Can We Expect Next? An EP? Full Album?

You can expect a few more singles to be released this summer and my debut EP will be out this fall.

Who Is Your Dream Collab?

My dream collab is Ed Sheeran. I would LOVE to write a song with him. The precision and detail he puts into every word and every note is nothing short of impeccable! If You Could Change One Thing About Today’s Entertainment Industry, What Would It Be? Why?

This is a tough question! For me, though, my first thought instantly goes to the effect of social media on the music industry. Social media has made success in the music industry too focused on numbers of streams and followers. On the other hand, it has allowed more music to reach more people and has created amazing opportunities for extremely talented people to be recognized in ways they would have never been able to do without these outlets.

What Do You Hope You’re Known For?

I hope I am known for making people feel a sense of community and solidarity through listening to my music and coming to my shows. I find that in the end, we all want the same things from life and that by being as honest and open in my music, I can connect with others and let people know they aren’t alone.

To learn more about Elle, be sure to follow her on Instagram and listen to her new single “Cave In” , which is available on all streaming platforms.

The Decade's Most Memorable Races for #1 on the Hot 100