The huge success of ABC’s “Disney Family Singalong” program this April has encouraged the network to produce a sequel event coming this Mother’s Day, May 10th.

The star-studded original program, which featured performances by Beyoncé, Ariana Grande, Demi Lovato and more, saw Hollywood entertainers cover classic songs from the Disney filmography. Produced from the safety of performers’ homes amid the COVID-19 pandemic, the event drew a 2.6 rating and around 10.3 MILLION viewers.

Host Ryan Seacrest will return for “The Disney Family Singalong: Volume II” airing on Sunday, May 10th at 7pm EDT, which will raise awareness about the charity Feeding America amid COVID-19. The event will include “all-new star-studded performances, inventive at-home choreography and even more Disney magic,” according to a statement by ABC. The one-hour program will be available to stream on Disney + after airing.

Who do you want to see perform on “The Disney Family Singalong: Volume II”? Share your thoughts with us on Twitter at @PopCrave!

Spotify has released a feature that tells you what song will save you from #Vecna in #StrangerThings.
⠀⠀⠀⠀⠀⠀⠀⠀⠀
What’s in your playlist? ...

16 years ago today, ‘The Devil Wears Prada’ premiered in cinemas across the US.

The film, starring #MerylStreep and #AnneHathaway among others, was met with praise from critics and received two #Oscar nominations. It grossed over $325 million at the global box office. ... 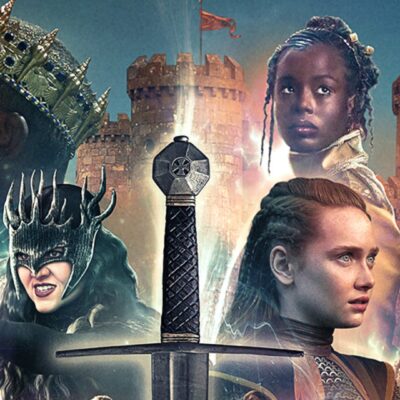