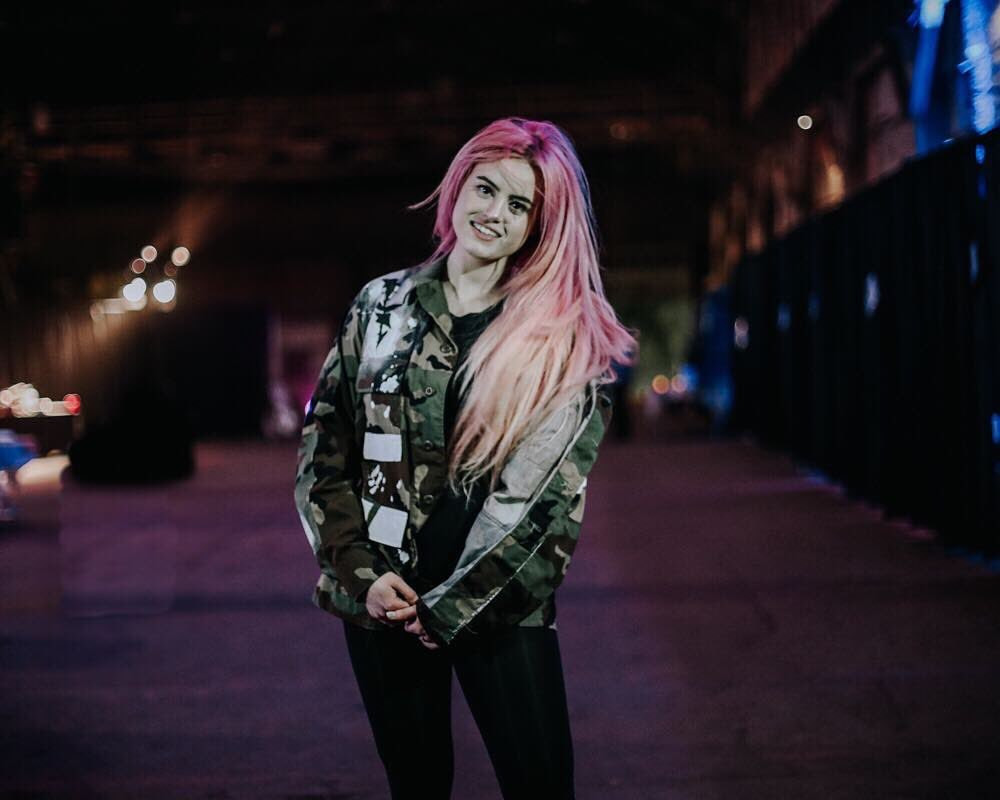 In the five years since she dropped her Top 20 hit, “Gold,” Kiiara has done a lot of thinking on who she wants to be as an artist. As she and her team build up to the release of her debut studio album this Fall, the glitch-pop star has worked to reintroduce herself with a slew of strong standalone cuts like “Whippin,” “Messy,” “Gloe” and “Bipolar.” Currently signed to Atlantic Records, Kiiara continues to broaden her pop horizons with a wide array of producers/songwriters on the upcoming album that includes Justin Tranter (“Lose You To Love Me,” “Sorry”), Ali Tamposi (“Señorita,” “Midnight Sky”) and Jason Evigan (“Miss Movin’ On,” “Talk Dirty”) among others.

Raised in Wilmington, Illinois, Kiiara admits that her transition from aspiring singer to bubbling pop star in 2015 was a bit rattling. Her new album will help hit the reset button on her early industry experience, Kiiara tells Pop Crave, a jarring transition period that left her unsure of where she wanted to go sonically with upcoming music:

“With this album, I want to be more transparent, that’s why it’s been taking so long. Over these past five years I’ve been learning who I am. I waited this long because four years ago, I didn’t know who I was.”

Kiiara is kicking off her new era with recent singles “I Still Do” and “Never Let You.” Pop Crave caught up with the singer to talk about her upcoming debut album, working with Justin Tranter, her rise to fame and more.

What was the inception of your new single, “Never Let You”?

I go through phases where I question why I started making music. A few months ago I was wondering, what would my life had been like if i never picked up that guitar and written “Gold”? It’s one of those “grass is greener” things. But if you step back and look you realize every circumstance has its pros and cons. So that’s what that song is about. Even though I may go through phases and think ‘I want to quit,’ ‘why am I doing this?’ and being super confused, it brings me back, I’m doing this because it’s my purpose. If I can help people through music, even if it’s only a handful of people, that’s enough for me. It’s why I love writing and creating.

So the lyrics about picking up your guitar are literal?

It’s very literal. I wanted to just tell a story and have it be to the point, as if I’m talking to the fans. With this album, I want to be more transparent, that’s why it’s been taking so long. Over these past five years I’ve been learning who I am. I waited this long because four years ago, when “Gold” came out, I didn’t know who I was. I didn’t feel it’d be right to put out an album.

Was it a pretty fast career transition when “Gold” began charting on Hot 100?

I was at the very beginning of my career. I hadn’t performed at all. Lolapalooza was like my sixth show. I was so overwhelmed, there was so much pressure. I had no idea what was going on, It was all a blur, I was trying to learn on the fly.

Interviews confused me in the beginning. I didn’t understand, I was like ‘I’m just making music, why would people want to talk to me?’ I’m really shy and an introvert. And I was always picked on so I’m like, ”why do people want to talk to me, why do they care?’ I just want to sing and do my music. I didn’t understand, I wasn’t aware. Everything was new to me and I was overwhelmed.

Will “Never Let You” be featured on your debut album?

Yes, it’s a single off the album. The album comes out this Fall.

Is there a theme to the album?

It’s named after a part of me that’s not exactly an alter ego, but it’ll always be a part of me. It represents the indecisive, reckless person that came to be as a defense mechanism. I had so many people telling me who to be, how to act, what to wear, all this stuff, and I kind of did the opposite. I’m bringing people into that chapter of my life, letting people get to know me.

At the beginning there was a mystery, but that was just because I didn’t do too many interviews. I didn’t feel comfortable answering questions I didn’t know the answers too. They wanted to get to know me and I was like, I don’t even know me. I pulled back a bit. So now I’m ready to bring people in and be like, welcome to my world. It makes people understand me more.

For fans of the ‘Low Kii Savage’ EP, how would you describe your debut album?

There’s definitely going to be similarities and songs that tie into ‘Low Kii Savage.’ The fans who have been with me since the beginning will hear the growth. This time around I was able to work with such incredible writers and producers. With ‘Low Kii Savage’ they were all incredible too, but I worked with the same group of people. On this album I branched out a lot. Most of the songs have different producers on it.

You worked with Justin Tranter on “I Still Do.” How was that?

Justin Tranter is incredible. He’s so fun to work with. I never in a million years thought it’d happen – i was shocked when he wanted to and when that song came to be. I was like, oh my gosh, I’m so grateful.

What do you have prepared leading up to the album?

I’m still working and doing collaborations, writing and all of that. I’ve been in the studio working on this album for so long, so the timing kind of works out for me. I don’t really need to record anything right now, we’re just mixing the album and finishing it up. It’s minor details.

I’ll be dropping songs up until the album. Sprinkling stuff here and there – randomly I’ll be like, surprise! For this last song I didn’t really give a heads up. There will be some collaborations on the album. I won’t say who because I want it to be a surprise. I’m a fan of those artists, so I’m super excited.

Get ready for those – I’ve been working on a lot of features as well, I don’t know when they’ll drop, but I’m super excited for them. Different genres too!