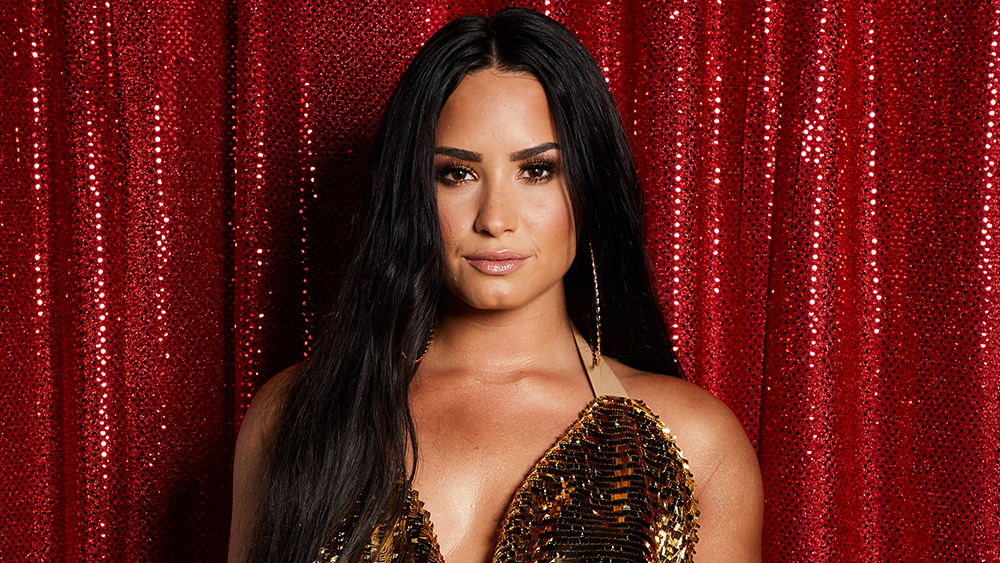 Demi Lovato is coming, and it may just be the singer’s biggest era yet.

On Saturday, May 11th, Lovatics around the world breathed a collective sigh of relief with the news that Lovato was officially moving forward with her music career. The singer revealed she’d be starting the next phase of her career under the management of Scooter Braun, who’s notably helped guide the careers of stars like Justin Bieber, Ariana Grande, Dan + Shay, Tori Kelly and many more.

GUYS!!!!!!! Dreams came true today for me. I officially have a NEW MANAGER!!! And not just any new manager but the one and only @scooterbraun!!!! Couldn’t be happier, inspired and excited to begin this next chapter with you Scooter!!! Thank you for believing in me and for being apart of this new journey. Let’s DO THIS!!!!!! ???

Fans were quick to praise Lovato‘s career move online with comments pointing out Braun‘s successful track record promoting ‘Purpose’ and ‘thank u, next’ along with his high-profile industry connections. While Lovato is by all accounts a global megastar, fans believe the singer’s new management has the potential to launch her to career to new heights and perhaps even secure her very first #1 Hot 100 song. To date, Lovato has scored four Top 10 hits (“Sorry Not Sorry,” “This Is Me,” “Heart Attack,” and “Skyscraper”) as well as one #1 album (‘Here We Go Again’) and five Top 5 projects (‘Don’t Forget,’ ‘Confident,’ ‘Tell Me You Love Me,’ ‘Demi,’ and ‘Unbroken.’).

Lovato most recently teased new music with studio session photos on Instagram. Her caption reads: “Recording a song for my loyal #Lovatics – The ones who support me and whatever makes me happy.. if you hating – that ain’t you. BYE”

Fans pointed out that Lovato was in the studio with none other than Oak Felder, the producer behind “Sorry Not Sorry,” Games,” “Sexy Dirty Love,” “Only Forever” and “Daddy Issues” from her latest LP, ‘Tell Me You Love Me.’ The producer has also worked on such jams as “Like a Girl” and “Soulmate” by Lizzo and “Who Do You Love” by The Chainsmokers featuring 5 Seconds of Summer.

“Recording a song for my loyal #Lovatics – The ones who support me and whatever makes me happy.. if you hating – that ain’t you ?? BYE” pic.twitter.com/tKtkN5sNba

With Lovato confirmed to be hard at work on her next studio effort, Pop Crave is looking ahead at what we hope to see from the singer’s next – and possibly most successful – era.

Lovato gave fans an intimate look into her life with the YouTube documentary, “Simply Complicated” in late 2017. The 78-minute film documented the lead up to her new album, ‘TMYLM,” the singer’s ongoing battle with addiction, her love life and much more. With 28 million views and counting, we hope Lovato opts to also document her new era in similar fashion to give fans a better at look at her journey from summer 2018 to the present. Releasing another documentary would give Lovato the opportunity to set the record straight on tabloid reports surrounding her 2018 hospitalization and serve as another clever marketing tool for her era as a whole.

Give the fans *that* high note

Records of Lovato working on her seventh studio album go all the way back to mid-2018. On July 21, 2018, the singer told fans that she hit a note so high on her new album that she “peed a little.” We have our fingers crossed that Lovato will circle back to this moment for her new era and finally deliver the note on the next album. Host and perform on SNL

Lovato has already confirmed her interest in acting again with the announcement that she’d be guest starring on three episodes of “Will & Grace” for its upcoming season. Considering Lovato’s narrative surrounding her recovery with addiction and other issues, a double-duty booking as host and musical guest on SNL could be the perfect PR move in bringing much-needed levity to her public image. Not to mention that Lovato would likely slay her host duties thanks to her days acting days at Disney on “Sonny With a Chance,” “Camp Rock,” and “Princess Protection Program.”

It’s not an exaggeration to call Dave Meyers one of the most influential and prolific music video director of his generation. With a videography dating back to 1995, Meyers has left his footprint on pop music at large with director credits that include Missy Elliott‘s “Get Ur Freak On,” Rihanna‘s “Where Have You Been?”, Billie Eilish‘s “bad guy,” and most recently Normani‘s “Motivation.”

Meyers‘ stacked resume has made him the go-to director for high-profile pop music videos. To date, he’s won the top VMA prize for Best Music Video three times for Katy Perry‘s “Firework,” Kendrick Lamar‘s “HUMBLE.” and Camila Cabello‘s “Havana.” The prospect of Lovato finally collaborating with the legendary director would drum up even more excitement for her new era while also elevating her videography to the next level. It’s highly likely that Lovato will be working with new producers and writers now that she’s in the Scooter Braun client family. If we had things our way, Lovato‘s new era would see the singer collaborate again with Grande‘s hitmaker team comprised of Max Martin, Ilya Salmanzadeh & Savan Kotecha as well names associated with Bieber like Poo Bear and Skrillex. Another dream collaborator is Louis Bell, easily the most successful songwriter/producer in 2019 with such hits as “Sunflower,” “Without Me,” “Sucker” and more.

Perhaps Grande will lend a helping hand to Lovato the same way she did for Normani. Leading up the release of “Motivation,” Normani revealed that Grande was instrumental in linking her up with Salmanzadeh and Kotecha for the debut track. It would make sense for Lovato to work with these hitmakers considering that Grande was the one who originally suggested that Braun take her on as a client.

.@ScooterBraun says @ArianaGrande had a hand in bringing #DemiLovato to @SB_Projects: “Demi and Ariana went out for coffee… Ariana called me and said, ‘I think you can help her, she should be part of the family.’” pic.twitter.com/4gWHsTcL2D

Lovato has proven time and time again with songs like “Cool For The Summer,” “Sorry Not Sorry” and more that she’s one of the most formidable pop vocalists in the game. While we and fans are certainly dying to hear Lovato flex her vocal ability on the next project, we also think it’d be a nice change of pace to see the singer embrace a more improvisational and lighthearted approach on some of the new tracks. Perhaps this could be in the form of more ad-libs (Grande’s “yuh” and Megan Thee Stallion’s “AH!” for example) or a loose “talk-singing” approach that allows Lovato to show more of her personality to the listeners.

What are you hoping to see from Lovato’s next music era? Do you think it could be her biggest yet? Share your thoughts with over on Twitter at @PopCrave!

Every Track Rihanna Has "Registered" For #R9/#R10